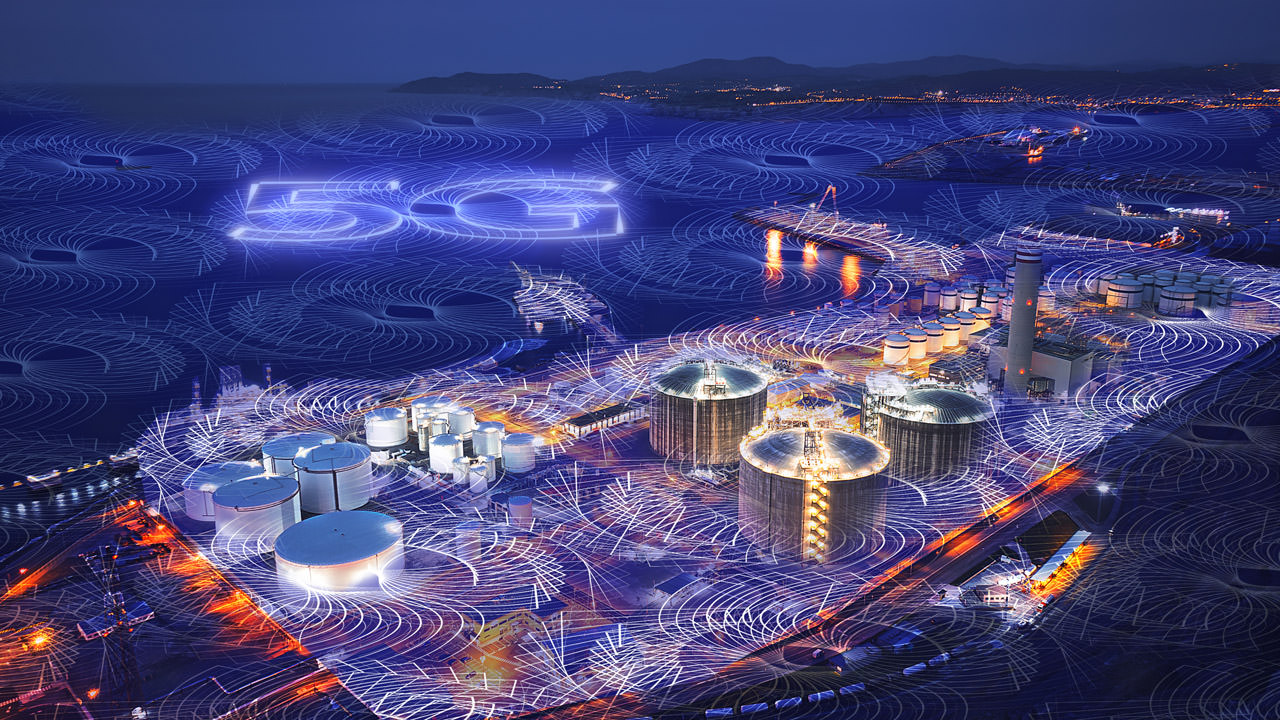 New 5G cellular technology is on the verge of release and offers very promising industry-changing benefits. But while most likely every potential benefit of 5G you read about is true, what is often forgotten is that not all features of 5G are available right from the start and that in most cases they can’t be combined.

A new mobile wireless network generation has been released every decade over the last 40 years, and they have been mainly focused on enhancing the usage in the public domain such as mobile phones. New capabilities allowing the implementation of new solutions within different industries were more a side-effect than an intended outcome.

But after a couple minor evolutions for industry in the first four generations, we were there right at the start of the development of the 5th Generation cellular network technology to support its standardization with a focus on benefits and possible implementation in different industries.

At this moment, we are standing on the verge of the release of a potential industry changing cellular standard, the 5th Generation (5G). The outlook for 5G in industry is very promising, but there are still some things to go. Siemens is embracing this new communication standard right from the start by supporting its standardization and industrial implementation. Before looking into what the future will bring, let’s look back at how cellular technology changed the world we live in today:

All these generations of cellular networks made the mobile experience better with higher bandwidths, higher reliability and lower latencies. Starting with 1G it was possible to communicate instantly via voice while being on the road for the first time. 2G networks allowed sending text messages, 3G brought the internet into the palm of people’s hands and 4G did the same for music and video streaming.

Those are all examples of what cellular communication did for consumers in the public, but did it bring the industry something as well? Yes, it did! With 1G the use cases for industry were almost non-existent, mainly due to the high costs, the limitation to analog voice and limited overage.

And finally, 4G brought full and live remote access – and that is not the end. With 5G cellular communications, there will be more enhancements with a focus on higher bandwidth, more connected devices, higher reliability and lower latency.

If you follow the news around 5G closely you’ll probably get the feeling that it is the best communication technology developed as it solves every single-issue while being wireless at the same time. While most likely every potential benefit of 5G you read about is true – what is often forgotten is that not all features of 5G are available right from the start and that in most cases they can’t be combined.

The 3rd Generation Partnership Project (3GPP) is responsible for the global standardization of cellular networks including the 5th generation. Early in the development of the latest standard, a vision for 5G was created. This vision consisted of 3 main scenarios, which were expected to be enabled by the new standard:

The first main scenario eMBB includes enhancements to 4G. The main objective is to fulfill data-driven use cases requiring high data rates with global/wide coverage areas. A typical example is the growing need for high quality, high definition streaming of music and video to mobile devices like smartphones, virtual reality glasses, etc. In industry, one could think of assisted work with augmented reality to support engineers in the field or even faster remote service, maintenance and control than with today’s 4G solutions.

Massive Machine Type Communications as the second scenario is focused on connecting a large number of devices in a smaller area. A use case for such a deployment can be found in Industrial Internet of Things applications where typically a lot of connected devices are deployed in small areas which don’t need to send and/or receive data continuously. Another example could be process industry where many sensors (e.g. temperature, pressure, flow) are installed to support monitoring of the processes in a plant.

To meet all the requirements from the three main scenarios eight capabilities where defined for 5G. The table shows these and lists the relevance to the different scenarios.

To keep these promises and maintain a pre-defined timeline, 5G is divided in multiple releases. This year (2019) Release 15 is expected which is focused on the eMBB scenario. Release 16 and 17 will support the remaining two scenarios mMTC and URLLC adding relevance for industrial applications.

Three main scenarios expected to be enabled by the new standard include features that add relevance for industrial applications.

As with the earlier described main scenarios, there are more variables to deploying a 5G network, probably the most important one will be public versus private networks. The release of public networks is covered with the initial release of 5G, while private networks with URLLC will be part of the upcoming Release 16 which is planned to be released in Q1 2020.

ublic is the cellular network we know today. It’s operated by a Mobile Network Operator (MNO) and all the data which are communicated flow through the MNO’s network. This poses a data privacy risk to the user as the data leave the premises.

A private network can be compared to the Wireless LAN networks that are used today. The data stays within the network and does not leave the premises. And as a result, the data is better protected.

For the deployment of 5G, there is a higher demand for spectrum than with previous cellular network generations. The spectrum is owned by governments, some spectrum is license-exempt but for cellular networks these are auctioned by governments to MNOs as they operate countrywide public networks. Such public networks are typically focused on the eMBB use case to deliver consumers the highest possible data rate and bandwidth.

With 5G, however, the network can be “customized” depending on the use case. For different industries URLLC and mMTC could be more beneficial than eMBB for example. With a private deployment the end-user can determine what parameters are set and run the network in the most optimal way for the specific application. For such private networks the industry needs to have spectrum available.

In Germany the Bundesnetzagentur (BNetzA) has decided to reserve 100 MHz from 3,7 GHz – 3,8 GHz for local use in industry environments. This gives companies in Germany the possibility to rent spectrum for a yearly contribution to use within their own premise and the ability to use the networks by themselves and keep optimal data privacy.

Siemens is using this opportunity and is developing solutions that will enable industrial companies to increase their efficiency, flexibility, productivity and make their plants future-proof with the new 5G technology.