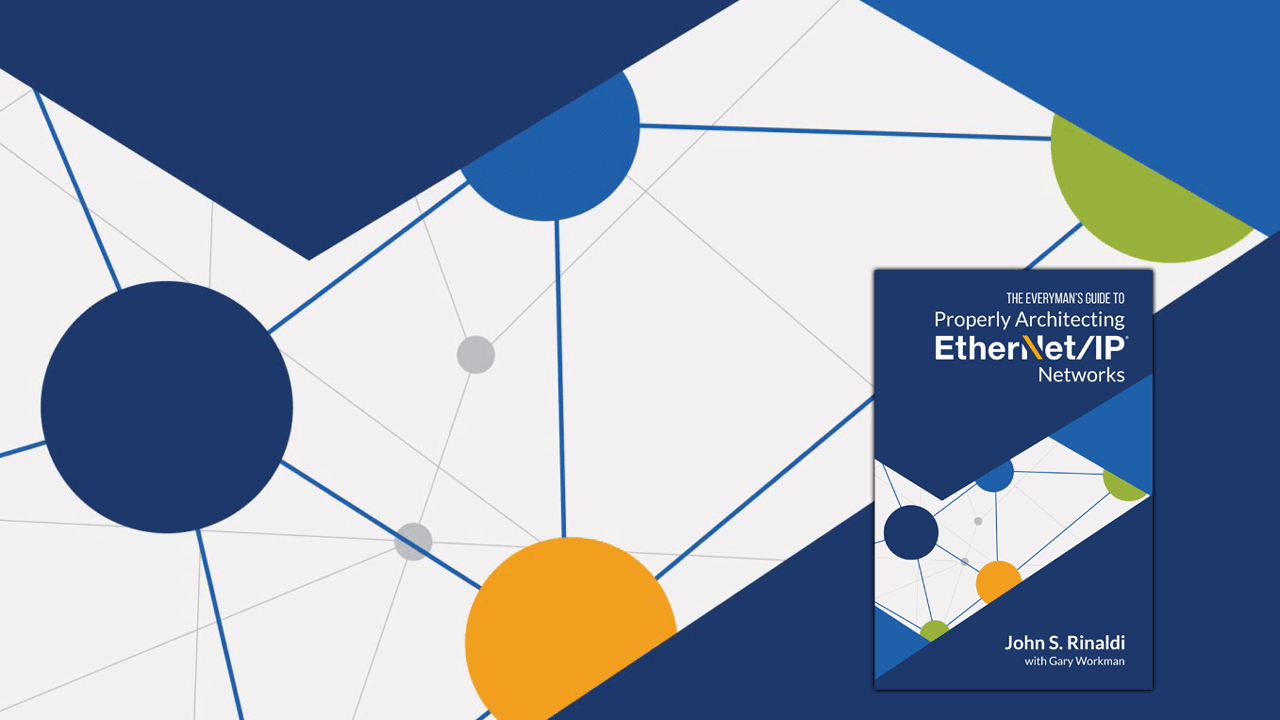 Learn what every control engineer needs to know about constructing properly engineered Ethernet/IP control networks. Excerpts from a new book offer a resource and insights into proven technologies, architectures and recommendations for designing and deploying EtherNet/IP control networks on the factory floor.

While not old, EtherNet/IP can certainly be labeled “mature.” The specification was first introduced over 25 years ago, and the first EtherNet/IP conformed product left the ODVA test lab a little more than 20 years ago this year. Since then, tens of thousands of words have been written detailing the inner workings of the protocol, and thousands of EtherNet/IP control systems have been deployed across the globe.

The majority of these reliable and well-functioning control systems are the product of testing and experimentation: tweaking what’s worked in the past, testing new functionality and experimenting with new infrastructure.

A new book, The Everyman’s Guide to EtherNet/IP Network Design, fills this gap and details 12 specific guidelines an EtherNet/IP network designer should use to create practical, optimized and reliable EtherNet/IP control systems. It is a unique resource of proven and time-tested technologies, architectures and recommendations control engineers can use to design and deploy EtherNet/IP control networks on the factory floor.

To provide a snapshot of what this book encompasses here are two, highly abbreviated, segments of our recommendations.

Contention (access to the network) is easy to avoid by never using shared network infrastructure devices (Ethernet hubs) and always using full-duplex communication. Congestion occurs when multiple messages need to be simultaneously transmitted over the same link. There is a brief message transmission delay while one message is temporarily stored in the outgoing message queue of a switch waiting for the transmission of the other message to complete.

It is only when devices certified by ODVA to conform to CIP and the EtherNet/IP specifications use a portion of an Ethernet network to exchange CIP communications that we have in an EtherNet/IP network. 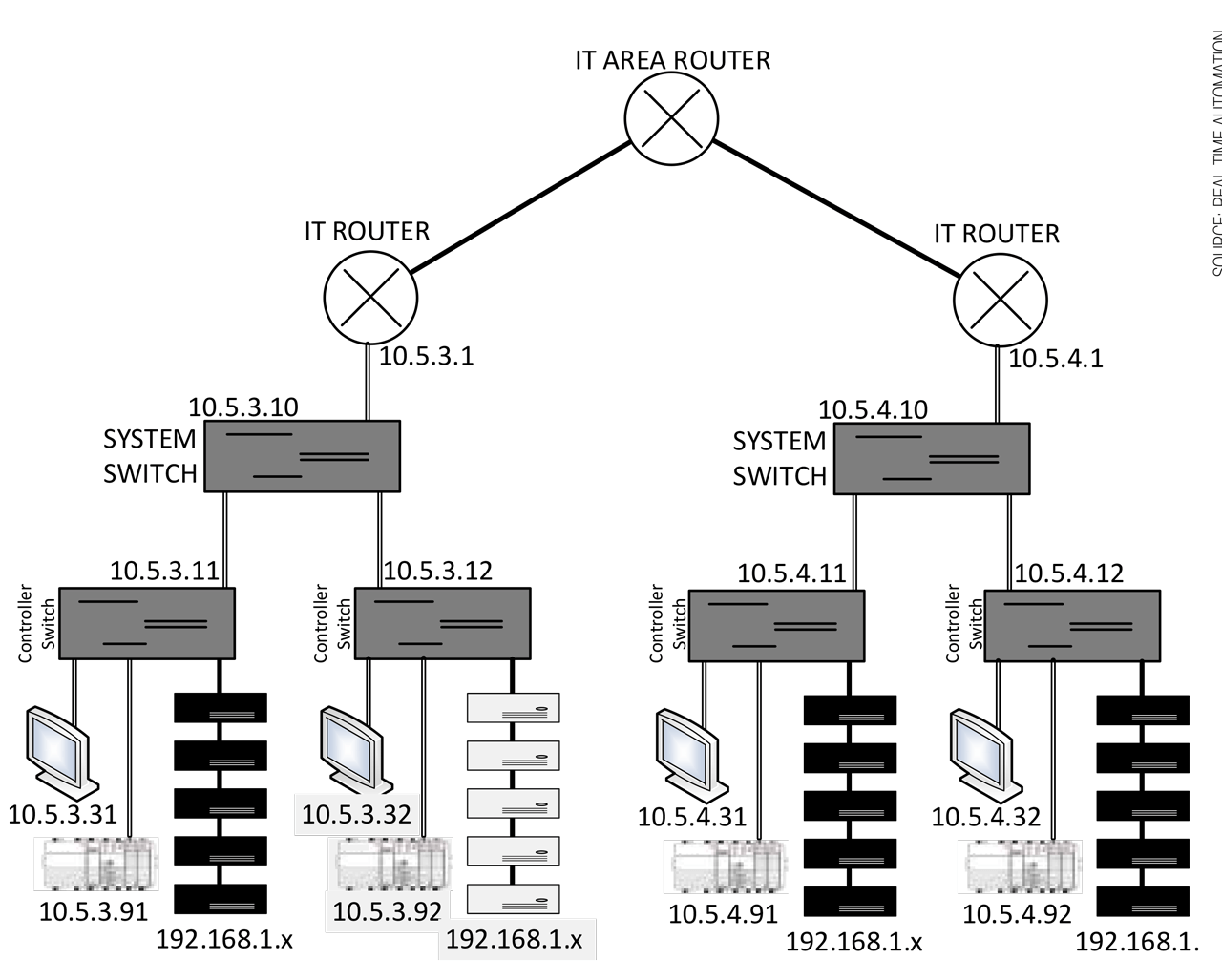 The network in Figure 2 is such a network. It consists of two production system switches with a number of controller switches, each having a PLC and a linear I/O network. A VLAN limits the broadcast domain to just the I/O devices on the linear network. Another VLAN connects all the PLCs, HMIs, and other operational devices across each system zone.

Get a Free Book 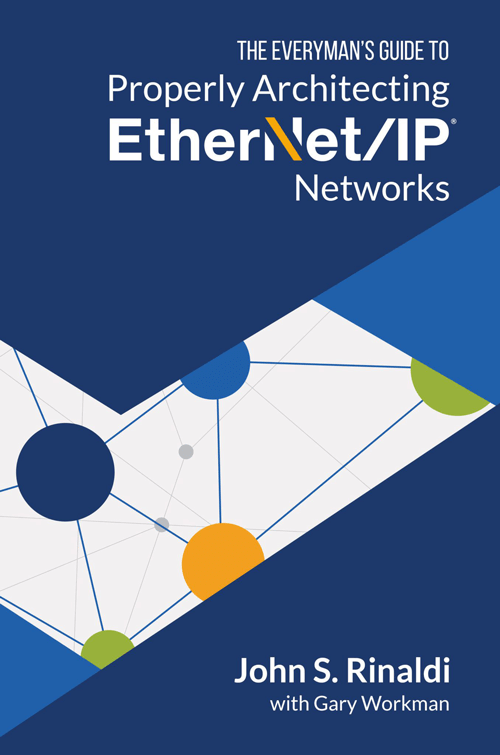 To learn more about these recommendations and building effective and reliable EtherNet/IP control systems, you can get the book, The Everyman’s Guide to EtherNet/IP Network Design, using the link below.

Fifty (50) free books are available to the readers of this publication. Simply click on www.rtautomation.com/IEB/freebook to get the book at no cost.

Gary Workman is a coauthor of the book. Gary led much of the effort to identify and codify into practice the principles GM used to architect hundreds of reliable EtherNet/IP control systems at GM plants around the world. Each recommendation is followed by a “Gary View”, containing a personal, sometimes acerbic, story from his days fighting the GM IT department.