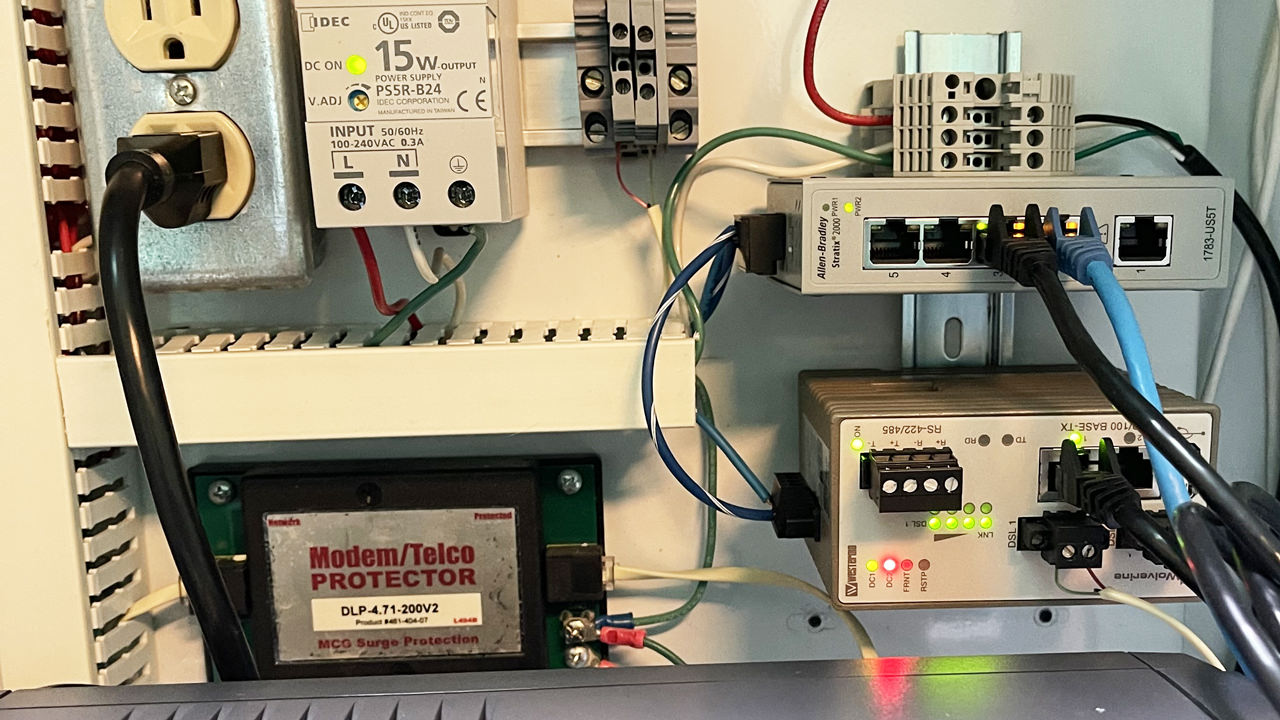 The aging PLCs that controlled equipment at three pumping stations were becoming obsolete, with maintenance requirements increasing and sourcing spare parts challenging. It was decided that the PLCs would be replaced, along with the supporting data network, which was based on a proprietary protocol and did not offer the necessary reliability or functionality.

Concentric Integration, specializing in utility technology, was tasked with upgrading the system to increase reliability and ensure support in the future. A new Ethernet network was required, but the cost of replacing existing cabling with fiber was not only very expensive, but also extremely time-consuming. 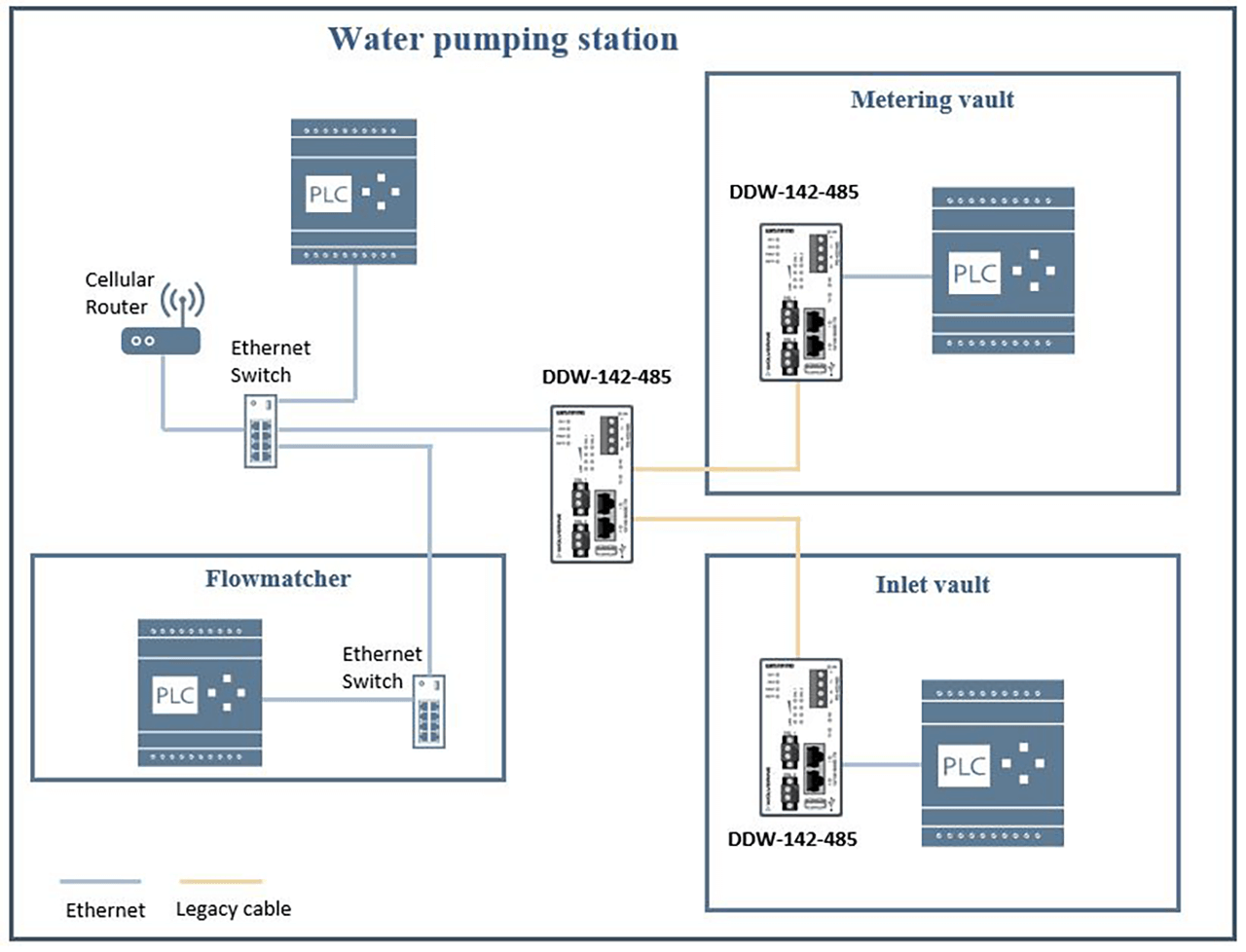 Concentric turned to Westermo for support and the company’s Wolverine range of Ethernet line extenders provided the solution to this issue. The extenders utilise SHDSL technology on twisted pair cables to establish a high-speed remote connection between two Ethernet networks. Instead of installing fiber or radio links, the SHDSL technology provides a solution using the existing cables.

In total, nine Wolverine DDW-142-485 Line Extenders are being used to create networks supporting PLC to PLC communications for the three pumping stations. A single line extender is installed at the main pump stations and another at each underground metering and inlet vault. The Wolverine line extenders enabled data to be transmitted over a distance of about 0.3 miles from a remote site to each pumping station using an existing two-wire telecom cable. Critically, the Wolverine line extenders are designed to provide extremely reliable and resilient data transmission despite the noisy environment and several surge protectors at the pumping stations.

The ability to adjust the data rates helped to create a very stable connection. The built-in tools within the Westermo WeOS operating system showing the signal-to-noise ratio and other statistics of the SHDSL line assisted with troubleshooting and configuring the units.

“The Wolverines can form a network over any type of copper cables, which made it possible to create a very cost-effective solution using the pre-existing telecom cable,” explained Benjamin Campbell, technical engineer at Westermo. “The WeOS operating system, which has been developed to simplify configuration and management of the devices, made the upgrade easy and problem-free.”

“Not only were we able to carry out the project efficiently and successfully, but the Wolverine Ethernet extenders enabled both significant project cost savings and time savings as we did not need to install new cabling,” said Michael Klein, president of Concentric Integration.