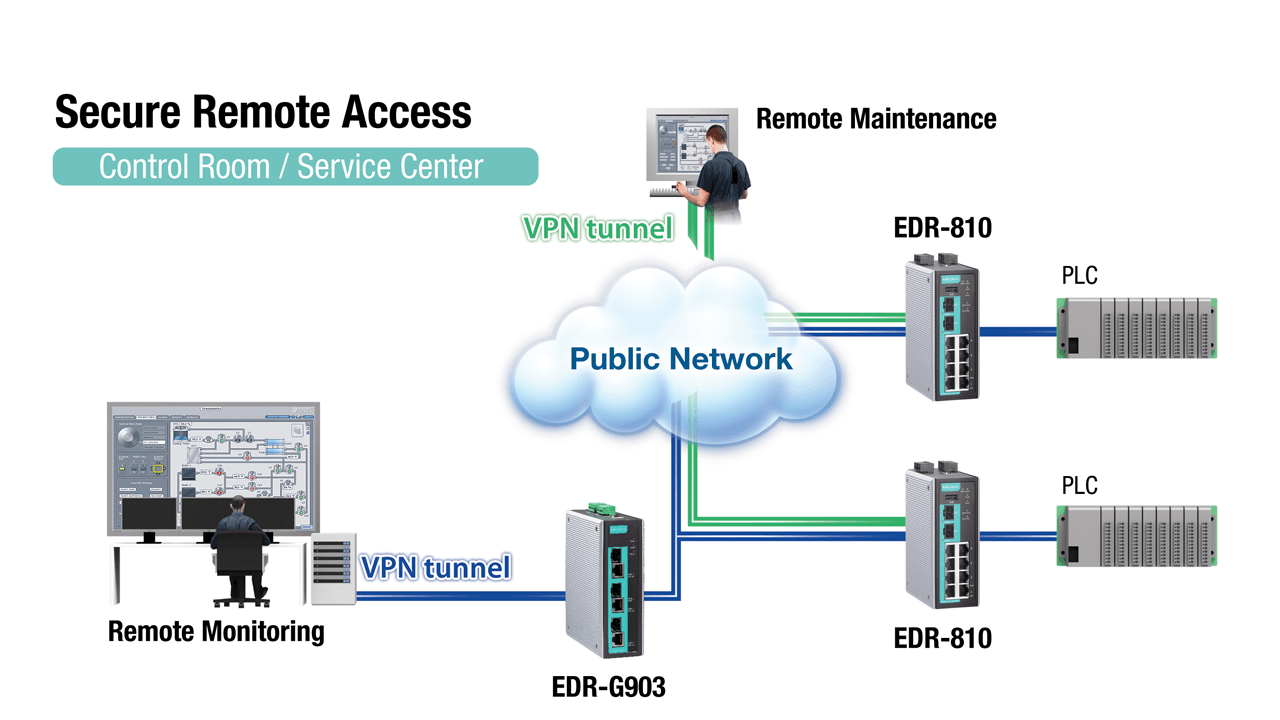 The concept of a smart oil field is one that is generally much more efficient and safe than conventional systems that rely on serial communication and fieldbus connectivity. Industry leaders and wellhead operators are now asking how information can drive down production costs while increasing both safety and reliability.

While a connected oil field presents new challenges with regard to security and knowledge resistance, the benefits of edge computation, along with Ethernet communications and wireless gateway systems cannot be ignored. Upstream operators are looking for cost-cutting methods of advancing wellhead automation, while preserving safety and security measures that are so important within the oil and gas industry. 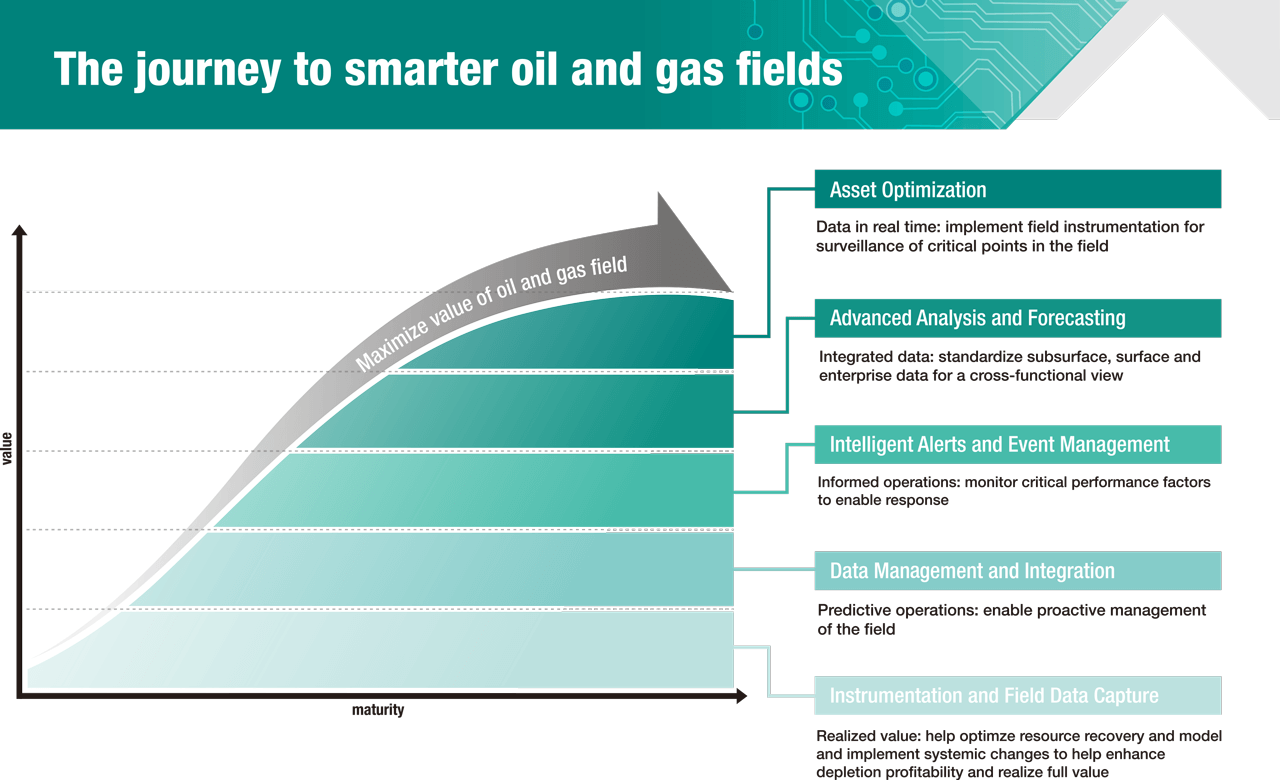 Moving to smarter oil field operations requires a process looking at asset optimization, analysis, forecasting and an ability to use data to implement system-wide improvements.

The smart oil field of today is deep into the adoption phase of industrial networking and wireless gateway technologies. With the added pressure of low oil prices, much of the industry is clamoring to find new ways to squeeze efficiencies out of existing wellhead networks.

This has been done by instituting light wireless and Ethernet infrastructures to support intelligent alert systems, implementing better asset management models, and advanced real-time analysis of assets in the field. Ethernet and wireless gateways are the logical link between advancements in SCADA and sensors, and they provide a much more scalable approach when compared to expanding older serial networks.

A large part of the resistance to the concept of a smart, connected oil field is concerns regarding security, and therefore—safety. Pervasive Ethernet and wireless technology embedded in oil field extraction automation operations presents concerns regarding reliability, cyber intrusion, and industry competence in new technologies. Field operators understand that improving connectivity and networking capabilities between their field operation and control could provide large savings in operating costs and leaps forward in efficiencies, but the question still remains—is it safe and secure?

The truth of the matter is that no network is 100% safe and secure. With industrial routing, wireless and edge computing, a lot of oversight and redundancies can be deployed to manage assets in a matter that provides a higher degree of reliance and security than that currently exists in most oil field operations today.

Plummeting oil prices have forced all upstream oil to drive out as much inefficiency in operations as possible. This pressure has been an expediting force in the paradigm shift from simple serial networks to scalable smart networking technologies. In this shift, many oil companies are realizing the fact that industrial networking technologies, such as industrial routers and wireless gateways, don’t simply offer more operational tools to drive production efficiencies, they offer increased security and safety to their operation. In addition, true industrial networking providers provide complete, or close to, out-of-the-box functionality, easily integrating into the existing DCS and SCADA system of the operation.

To achieve true cybersecurity, and therefore network safety, the perfect balance needs to be struck between hardware durability and firmware capability.

To enable a scalable smart oil field network and near out-of-the-box functionality, easy network commissioning functionality should be provided to mitigate human error and aid integration into the existing SCADA system. Additionally, seeking a vendor that can provide an industrial router solution with up to 500 Mbps throughput is ideal so that your network can support future growth and high-bandwidth network activities, such as surveillance networks for remote wellhead sites. The combination of ease-of-use and the ability to support VPN/Firewall/NAT will assure that your smart oil field network is also a secure oil field network. 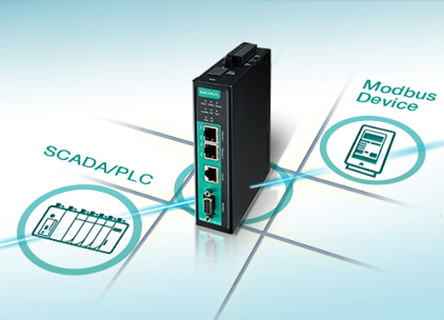 The visibility of protocols on field sites can be increased via protocol gateway.software applications.

If there has been one positive outcome stemming from the crippling decline of oil process in 2015, it would be the coaxing effect it has had on the industry to drive efficiencies in existing upstream processes and resources.

This has resulted in, and continues to be, an increasing shift toward the utilization of Ethernet and wireless technologies to modernize legacy DCSs for improved asset management and capital equipment use extension. According to a survey conducted this year in 2015 by Cisco Consulting Services, 80% of oil and gas firms saw the majority of investment growth to occur in contributing to operational efficiency of existing projects or reserves, highlighting the relevancy of smart networking technology as a central means of achieving immediate ROI within wellhead automation.

Asset management and legacy system modernization are among the most important distinguishing factors between successful and unsuccessful companies. Industrial wireless and Ethernet provides the ability for wellhead operations to monitor and control assets in the field with limited deployment expenditures and manpower. Moreover, the adoption and expansion of Ethernet and wireless devices offer interoperability and backward compatibility with fieldbus protocols, maximizing the parallel development of sensor technology and IP SCADA.

Legacy devices in today’s oil field use a variety of data interfaces, including digital input/output (DIO), RS-232/422/485, Ethernet, and USB. If a reliable networking vendor offers networking connectivity spanning all of these interfaces, it is much easier to extend the use of existing legacy DCS infrastructures.

For example, the connectivity between field control and the sensor level is often ignored, severing the reliable data connection between the control room and each and every meter on each well, pump, and attached pipeline. Important metering information at each wellhead is often only actionable while onsite; thus, completely limiting the potential for real-time analysis of and control of wellhead operations via remote access. This common scenario is due to the fact that most leading automation vendors have invested heavily in advancing SCADA and sensor technologies, largely ignoring the connectivity in between.

Data is extracted and produced at the field level, or at each wellhead in unprecedented amounts. SCADA technologies are growing more capable, analytical, and advanced in the control room. However, due to the inability to deploy a cost-effective link in the existing approach to fieldbus networks, the connection between SCADA and the sensor has long been a bottleneck, and the major challenge until the advent of industrial networking provided an ulterior path of modernizing legacy DCSs.

Especially in today’s extremely tumultuous oil market, it is usually impossible for field operation to find the ROI of upgrading a network all at once. Within Brownfield scenarios, changes toward DCS modernization must be done iteratively and thoughtfully with industrial wireless and intelligent Ethernet gateway technology.

Paying a bit more attention to industrial networking investments can help operators connect all of their legacy devices together and to the control center for central management. For example, satellite expansion of a wellhead network gives engineers the wireless technology they need to quickly install networked devices in locations that are not yet wired, saving time, commissioning expenditures, and operational costs.

Much like aligned industries related to power transmission and metering, oil and gas companies are buried in data. From pressure, temperature, cathartic protection, and production rates, the amount of data being generated each minute within upstream oil is significant. However, the oil and gas industry as a whole has struggled to provide the proper attention and investment in connecting the source of this data—from the sensor, to the control network and the SCADA system.

In the traditional oil field, data is generated at the sensor level with limited modes of transport from the site to central control. The modes of data transport range from limited bandwidth pathways to onsite “pen and paper” reporting. Likewise, offshore networks rely heavily on satellite communication to pull operational data for analysis; which can take days to extract, aggregate, and process. In short, the smart oilfield is a concept that is not overly ambitious and utilizes modes of connectivity that are already developed, tried, and tested.

The reluctance of adopting Ethernet and wireless gateway technology is crumbling against required advancements in achieving operational savings. In a recent 2015 survey of the world’s leading oil and gas firms, 48% of respondents identified “data” as the main area in which they must improve to make the most effective use of their connected technologies in the field.

To effectively manage the ever-increasing load of data manufactured by smart meters in the oil field, data must be better utilized for real-time action. Of course, this data does present a challenge to archaic serial networks and fieldbus applications. Real-time data processing can only be supported by a capable industrial network. Moxa, and companies within our space, are enabling the smart oil field revelation by connecting the application layer with the pervasive sensing nodes dispersed throughout the modern oil field.

The concept of a smart oil field is one that is generally much more efficient and safe than conventional systems relying exclusively on serial communication and fieldbus connectivity. The traditional oil field, whether it be small, medium, or large in scale, is full of sensing and valve control systems, manufacturing massive streams of operational data each minute.

Industry leaders and wellhead operators alike are asking how that information could be more widely utilized to drive down the cost of production and increase production safely and reliably.

The answer to all of these questions is a resounding—yes. However, the challenges of implementing connectivity to support moving toward a smart oil field merit coverage.

IBM’s Center for Applied Insights ingeniously illustrates this point in their maturity model for process instrumentation by placing the highest ROI on achieving means extending and optimizing capital equipment, and includes the use of a maturity model.

Investing in advanced instrumentation and sensor technology will not provide significant ROI if the data produced cannot be made available at the application or management level of the operation.

Progressively building off of oil fields’ ability to capture data from the field, the smart oil field must be able to integrate data, as well as translate data into events and possible alerts. From this tier in the maturity model, data must be able to be queried and logged for analysis and modeling at a supervisory level. It is only at this stage that true asset optimization can be achieved.

Industry leaders within upstream oil, both big and small in scope, are realizing the benefits of a smart oil field and investments in Industrial IoT (Internet of Things) technologies in the field. Today, amidst another low in oil prices and further advancements in Ethernet and wireless gateway technology, companies are further enabling the capabilities of upstream oil to convert existing serial networks, such as Modbus TCP, to PROFINET, 3G, 4G Wi-Fi, and Ethernet.

Expanding an oil well network to capitalize on peripheral resources is now less expensive and quicker to implement than ever before due to tested and resilient industrial wireless technologies. The smart oil field is becoming the definition of operational excess, and in many cases, leading oil and gas companies and holding firms alike, cannot afford not to invest in the transition toward a connected, smart oil field. 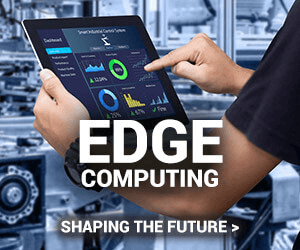