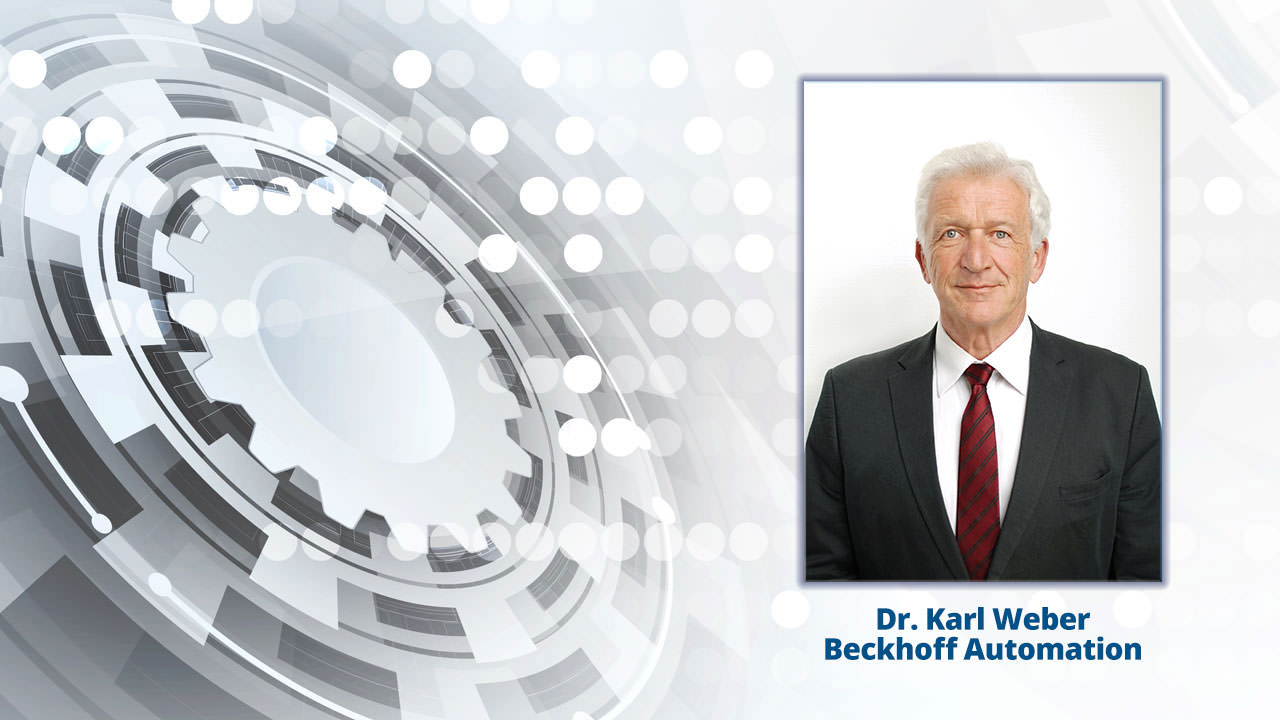 Beckhoff technology expert is a decision maker in the IEEE Standards Association (SA).

Dr. Karl Weber, an expert in industrial communication at Beckhoff Automation, has been appointed to the IEEE SA Standards Board (SASB). He is one of two Europeans among the 24 IEEE SASB experts. This Board of IEEE (Institute of Electrical and Electronics Engineers), the world’s largest professional association of electrical and information technology engineers, decides on all project plans and approvals of standards.

The primary objective of the IEEE SA is to steer technical progress along successful paths through clear regulations in standards. The standards development process – overseen by the SASB – is rooted in balance, openness, fair procedures and consensus.

Standards of all types are used daily and in a variety of ways, even hundreds of times by simply reaching for a smartphone. According to Dr. Karl Weber: “Interoperability based on standards is self-evident for us and only becomes noticeable when the standards are missing and we have to do certain things in a very cumbersome way, or when devices do not work together at all. Development of electronics and software, in particular, requires an expansion of standardization activities, something that has also been undertaken primarily by the IEEE. Volunteers work on nearly 1,300 standards and related projects. Thanks to their commitment, we can manage the creative chaos caused by the rapid pace of technological development.”

Together with 13 other experts in the IEEE SASB, Dr. Karl Weber will focus on the task of incorporating new standardization projects. The number of such projects has grown continually in recent years, with the figure having more than doubled in the last four years alone. This will generate a visible impact in areas such as automation technology in the second half of this decade. Such long lead times requires to set now the right course for future development.

Automation providers, and notably Beckhoff, rely on sustainable standards from many areas. And conversely, more groups in the IEEE are also showing an interest in industrial applications. Therefore, the fact that automation experts are highly valued in the IEEE SA is a very positive signal overall for Beckhoff.

Above and beyond the IEEE SASB, Dr. Karl Weber is also involved in what are known as standing committees:

In addition, he is a representative of the German Federal Ministry of Economics and Energy (BMWi) to the Government Engagement Program on Standards (GEPS), which advises the IEEE SA and enables governments from all over the world to access the standardization processes of the IEEE.

Communications expert with many years of knowledge

Dr. Karl Weber has been working on fieldbus standardization since the mid-1980s and to this end is also involved in the international standardization organization for electrical engineering (IEC) among others. After studying computer science and completing his doctorate, he worked for 25 years in the field of real-time communication at Siemens. He has devoted himself to Ethernet communication and contributed his expertise to a broad range of projects in both industry and research (including at the Zurich University of Applied Science and the Fraunhofer Institute (IOSB INA)). Since 2013, Dr. Karl Weber has been working as an expert for industrial communication both for Beckhoff and in the EtherCAT Technology Group. He has also been active in IEEE for 19 years and is now a senior member of the organization.