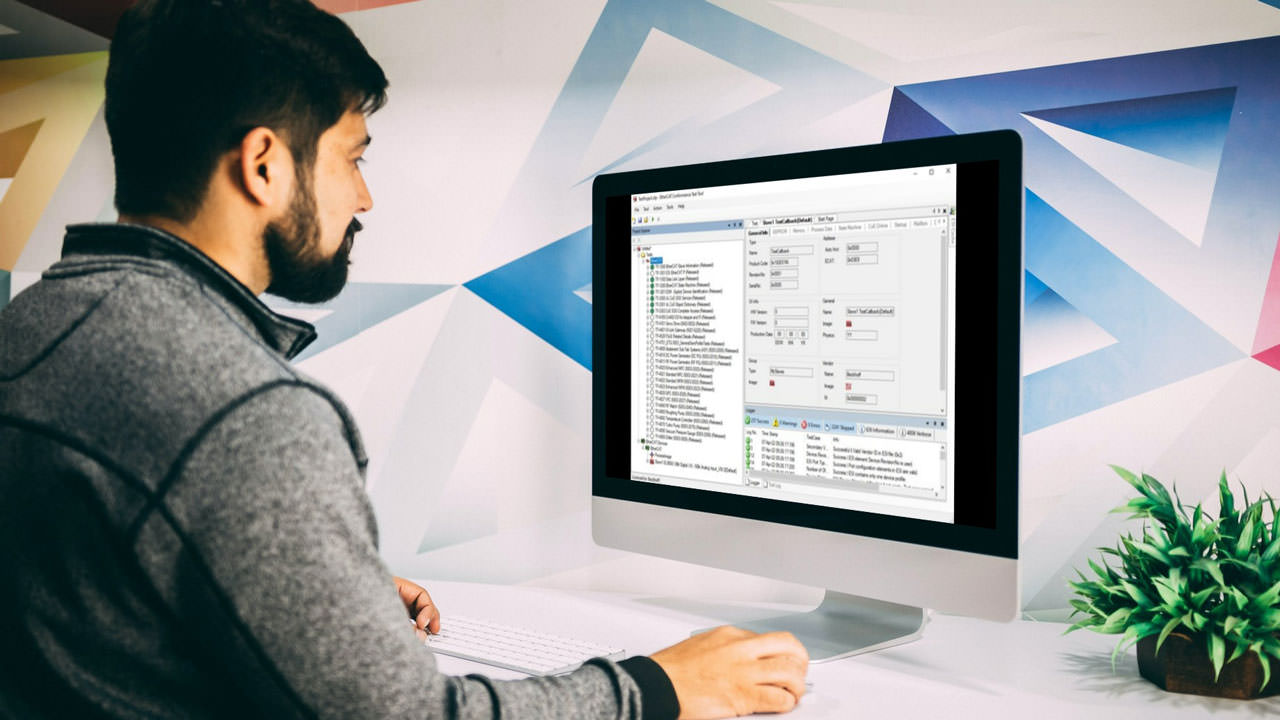 Conformance to the protocol standard is the basis for the problem-free interaction of devices from different manufacturers in the same network, also called in short interoperability. And both are thus very important for the success of a communication technology. Version 2.3 carries on all functionalities and tests of the first version and underlines the stability of EtherCAT technology itself.

The EtherCAT Technology Group attaches great importance to the conformance of EtherCAT devices: All ETG member companies commit themselves to test their devices with the EtherCAT Conformance Test Tool (CTT) before market release.

Every manufacturer of EtherCAT slave devices is therefore familiar with the CTT: It represents the official reference for the specification-compliant implementation of EtherCAT technology in EtherCAT field devices. The first version of the CTT was released in 2008, and so far, all updates have proven to be functional extensions and not functional changes. Version 2.3 carries on all functionalities and tests of the first version and thus underlines the stability of the EtherCAT technology itself, which after all has been always only extended and never changed. This full backward compatibility has proven to be a great advantage for all suppliers and users of EtherCAT solutions. 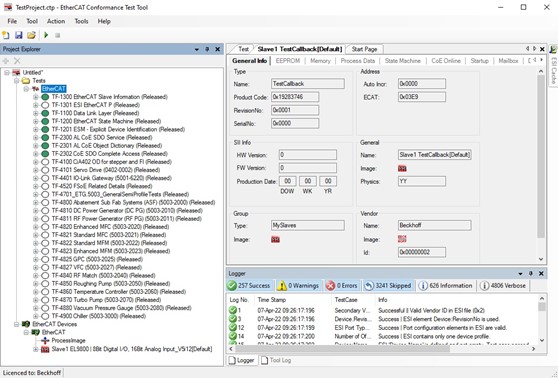 The CTT extensions, whether in tool functionalities or test coverage, are as usual based on practical requirements as well as feedback from device manufacturers. Thus, over the years, the tool has evolved from a pure test tool that checks conformance after development is completed to a very helpful “development accompanying” software that can be used to configure EtherCAT devices, put them into the desired state and specifically stimulate them to behave in certain ways. This continues in many of the new functionalities. For example, additional user interfaces have been added for controlling and testing specific EtherCAT protocol properties: Both the firmware download via FoE and the AoE mailbox protocol as well as the diagnostic object, which provides a central entry point for application-level diagnostics, can now not only be tested but also be used specifically in the course of development, for example to prepare the device for the functional tests that go beyond protocol conformance.

In addition to the application level interfaces, other interfaces have also been added at the lower layers of the ISO/OSI models. Conveniently and unique because rarely supported by other tools, the CTT now allows read and write access to the PHY registers. This is a valuable feature especially during initial hardware prototype startup.

All CTT functionalities that are accessible via user interface have been again made available via the Remote-Control Interface. This means that they can also be used for the script-based control of the CTT, and they thus allow automated test sequences that can be integrated into the overall device acceptance test. For example, it can be automatically checked whether a new firmware allows all members of a device family to remain compatible and whether the respective device description files also fully reflect the functionality. Thus, the Conformance Test Tool is an essential and useful development tool, which receives a lot of positive feedback from its numerous users.

Besides the many functionalities supporting the EtherCAT implementation itself, the core of the CTT has also been extended: the test coverage. Many semiconductor device profiles have been added to the standard test set. Tests that concern functional details in Safety-over-EtherCAT and point out possible errors or even simply improvement possibilities have been integrated. In addition, the coverage for the Servo-Drive-Profile according to IEC 61800-7-2 (the equivalent to CiA DS402) has been significantly increased.

The test logic and thus the tests themselves are defined and released by a special working group within the EtherCAT Technology Group, called the “Technical Working Group Conformance”. The CTT software itself, on the other hand, which executes the logic defined in the tests and evaluates the behavior of the EtherCAT devices based on this logic, is developed and maintained by Beckhoff. This ensures continuous further development of the tool. This includes new functionality with a built-in configurator as well as support for all current Windows operating systems, including the new 64-bit architecture. Version 2.3 of the Conformance Test Tool is available from now on to all ETG members.