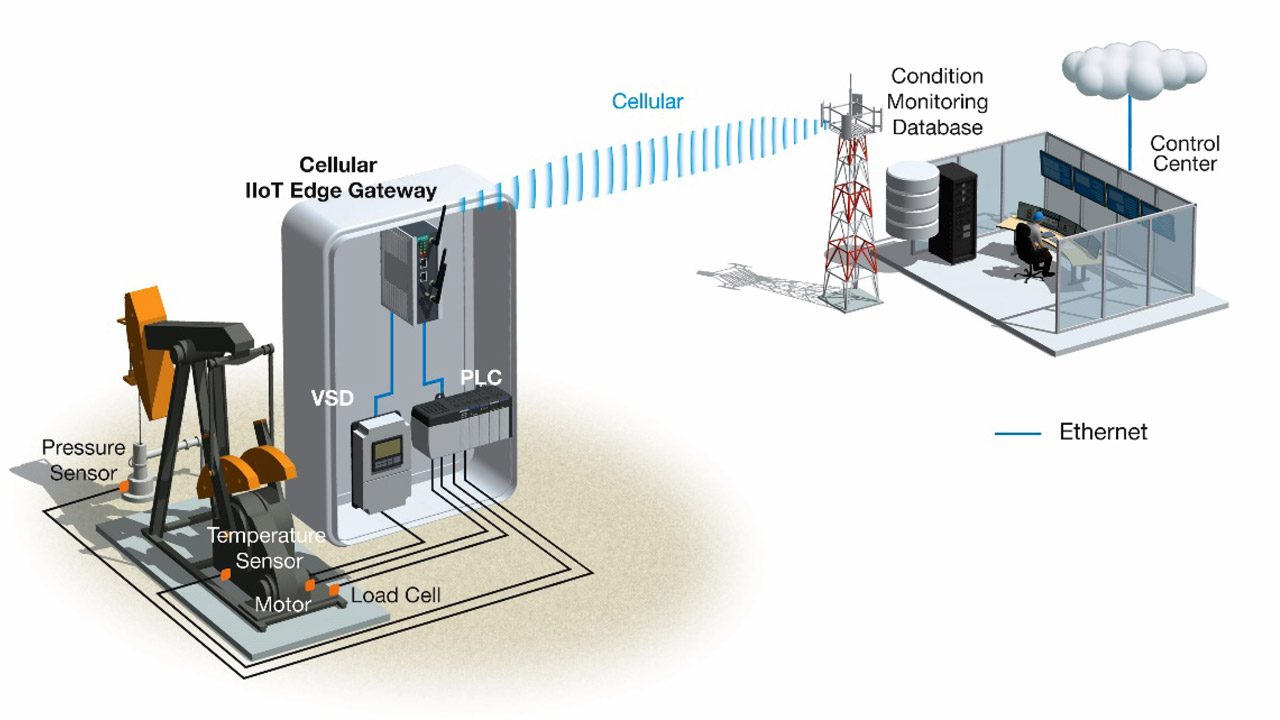 Distributed applications are on the cutting edge of the Industrial Internet of Things (IIoT). By leveraging the latest advances in edge computing, that is, deploying edge gateways to collect and preprocess data from numerous sensors and other devices spread across many different field locations before transmitting mission-critical information to the cloud, distributed IIoT applications bring the benefits of IoT to the remotest regions on earth.

Edge of the IIoT 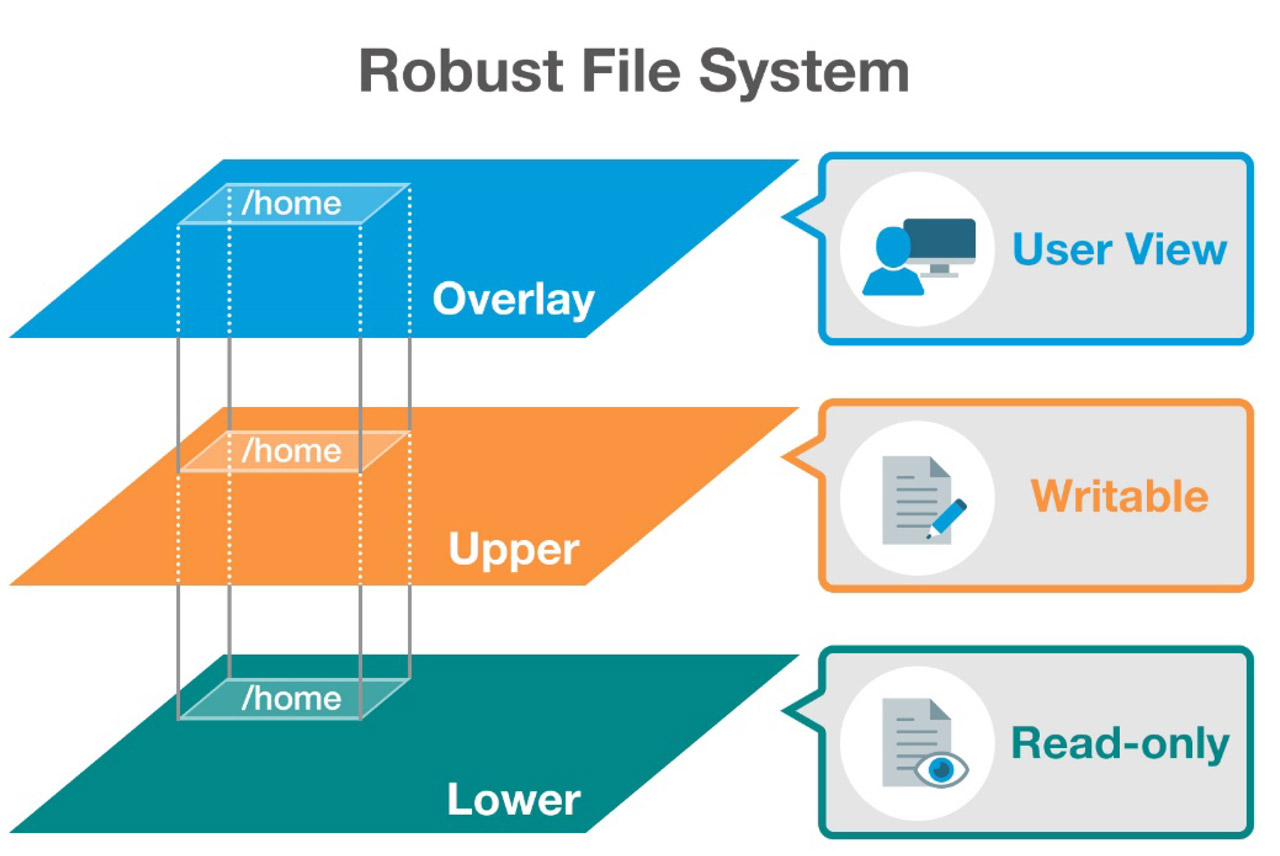 Typical distributed IIoT applications include smart cities such as smart meters and street lighting management, renewable energy such as solar or wind farm monitoring, and oil and gas.
The critical role served by edge gateways in distributed IIoT applications also illustrates the importance of edge computing, which essentially moves IoT data processing and actuation from the cloud to the edge of the network. By introducing a layer of gateways between the IoT devices (edge systems) and the cloud to preprocess the data, edge computing reduces latency for real-time applications, efficiently utilizes bandwidth and storage resources, enhances scalability, reduces costs and energy consumption, and improves privacy control.

In 2019, the most popular OS for IoT gateways was clearly Linux, with 76% of IoT developers using a Linux distribution for edge system development, compared to only 52% of IoT developers using a Windows platform. To understand why Linux distributions are such a popular option for IoT edge gateways, let’s examine the specific challenges faced by a typical distributed IIoT application and how the edge gateway OS can help.

Challenges of a Distributed IIoT

Distributed IIoT applications face unique challenges that need to be considered when choosing the development platform for the edge gateway. Consider the classic example of a digital oil field, which is usually located far from civilization and includes many oil wells scattered over thousands of acres to pump underground petroleum to the surface. In order to provide predictive maintenance, real-time monitoring, alarm notifications, and other add-on value in a digital oil field application, all the information from numerous oil wells, pipelines, and other processing facilities needs to be collected and transferred to a public or private cloud server for big data analysis.

Due to the highly remote and distributed nature of oil field applications, wired communication is often difficult to deploy and maintain. Instead, digital oil fields often use cellular communications, or another wireless technology, by installing an edge gateway along with I/O, PLCs, and other devices in an explosion-proof cabinet at each remote site. To ensure reliability in harsh oil field environments, the gateway should also have a wide operating temperature range and explosion-proof certification. 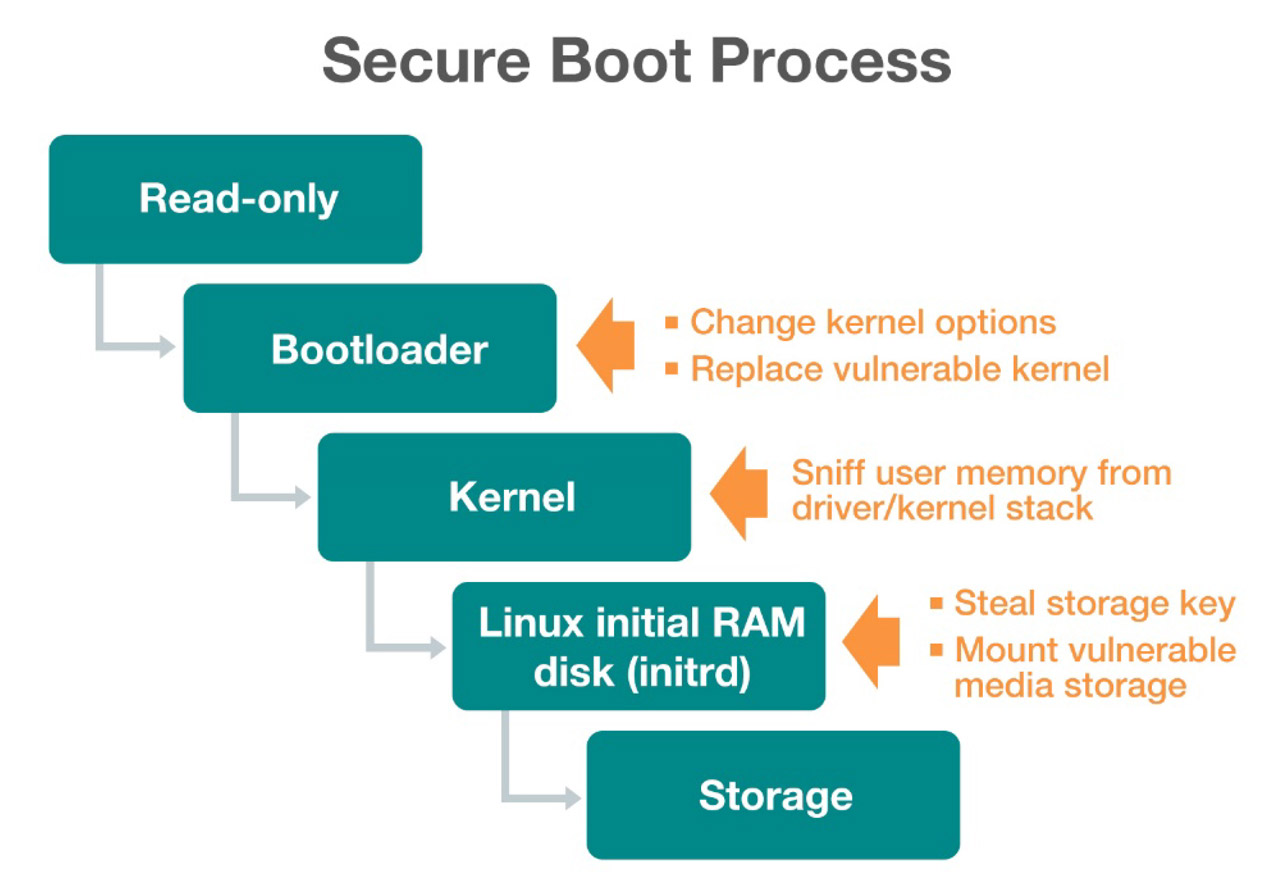 The figure above shows a thread model for a typical secure boot process.

IIoT edge gateways need to perform several different functions and process large amounts of data from many different sensors and actuators at each oil well in real time. Since most gateways are only designed to process incoming data before transmitting the information to more powerful servers in a remote data center or the cloud, a real-time operating system (RTOS) is usually embedded on the microcontroller unit (MCU).

However, the traditional embedded RTOS is usually designed for a single purpose, which makes it difficult to simultaneously perform multiple functions in real time. In addition, a simple RTOS is unable to support machine learning, containers, and other new technologies. Ultimately, these limitations will delay time-to-market and increase overall development costs.

Since edge gateways need to process mission-critical data at each remote site, the gateway operating system needs to be incredibly stable because a system crash could easily endanger production or even human life.

In general, there should be zero tolerance for system crashes or damages resulting from adding, modifying, or deleting files on the gateway. If an exception occurs or a software application freezes the system, maintenance engineers should be able to roll back the operating system to the last working version.

All operating systems require periodic firmware updates and vulnerability patches. However, updating the firmware on so many gateways in such a remote and highly distributed application presents another challenge for digital oil fields. How is a maintenance engineer supposed to update the firmware on so many different devices in so many different locations? Physically travelling to each remote site is incredibly time-consuming and costly given the size of most oil fields. Moreover, how does a maintenance engineer ensure that the entire digital oil field system remains online and running if a single firmware update fails at one remote site?

All the oil well data stored on each gateway also need to be protected because the information is highly sensitive and confidential. Even if an intruder is able to steal the storage media, such as a flash drive or SD card, from the gateway, the data should be protected from unauthorized access through reverse engineering. Furthermore, the gateway operating system software should be protected and validated for the integrity. For example, if it is possible to bypass the normal boot-up process and replace the operating software, the gateway can be commandeered by unauthorized personnel and compromise the entire oil field system.

Due to the drastic drop in silicon costs in recent years and technological advancements enabling smaller chips to perform increasingly powerful computations, embedded operating systems for gateways are no longer limited to a single purpose or a simple RTOS. In fact, modern embedded systems are capable of running multipurpose Linux operating systems on edge devices, including IIoT gateways. The ability to support multipurpose functions enables IoT developers to focus on business outcomes and bring applications to the market even faster. In addition, choosing an industrial Linux operating system based on Debian, the most popular Linux distribution for IoT developers, can also speed up time-to-market by providing a familiar platform for developers to start adding on value.

Industrial Linux platforms have three system layers: the bootloader, kernel, and file system. The most frequently changed layer during application development and operation is the file system. To prevent system crashes, the industrial Linux OS should provide a mechanism to prevent the file system from crashing and allow administrators to roll back the system to a previous version. More specifically, the robust file system should support the following:

Because edge gateways are located at remote sites, it is difficult for administrators to upgrade the application and system software in the field. Remote firmware upgrades over cellular, Wi- Fi, or another type of wireless network provide the most practical way to overcome this issue. Debian systems in particular support a simple software upgrade mechanism called APT. APT, which stands for Advanced Package Tool, has a central repository of over 25,000 software packages ready for remote download and installation.

Developers can even package their own security patches, bug fixes, or new application software in the APT format and provide the APT package to a central server, such as the device management server, to perform firmware upgrades over the air. To ensure that the APT package is genuine and comes from the original vendor, the device should also have a mechanism for validating and authorizing the APT server.

The industrial Linux platform should have a built-in secure boot process to protect mission- critical data. By anchoring each boot process to the hardware root of trust (RoT), industrial Linux platforms can prevent the trusted computing base (TCB)—that is, the bootloader or kernel—from unauthorized access, thereby protecting the gateway from data theft or brute force attacks.

Secure boot requires a CPU that supports either IBM eFuse or Intel Boot Guard technology. Both of these technologies essentially hard-code critical programming logic onto a chip that cannot be modified after manufacturing. Generally, the following OS boot processes are anchored to the hardware:

In order to protect each thread from unauthorized code injections or sniffing, asymmetric cryptography and signature verification should also take place as each process is executed.

Besides storage protection during the OS boot process, secure boot should also include library protection for application software and binary data.

For example, if an attacker physically steals the gateway from a remote site, he or she should still be unable to access mission-critical information because all the data and libraries have also been asymmetrically encrypted.

One of biggest concerns developers have about using a Linux distribution is the maintenance and support period. As with standard Linux operating systems, industrial Linux platforms are also open-source and may only be maintained by the original developers for about two years.

For industrial applications, however, upgrading or migrating platforms after two years is unacceptable. Ideally, IIoT application developers should work with a software vendor that provides long-term support for their industrial Linux platform, such as the 10-year support offered by Moxa Industrial Linux, to extend the period of software maintenance and adjust the type and frequency of software updates (patches) to reduce risk, expense, and disruption to software deployment.

Whether you choose MIL or another industrial Linux distribution, it is important that your edge gateway operating system enables fast time-to-market, includes robust file systems and dual system design, supports simple and secure updates over the air, has built-in industrial-grade cybersecurity, and provides long-term support.