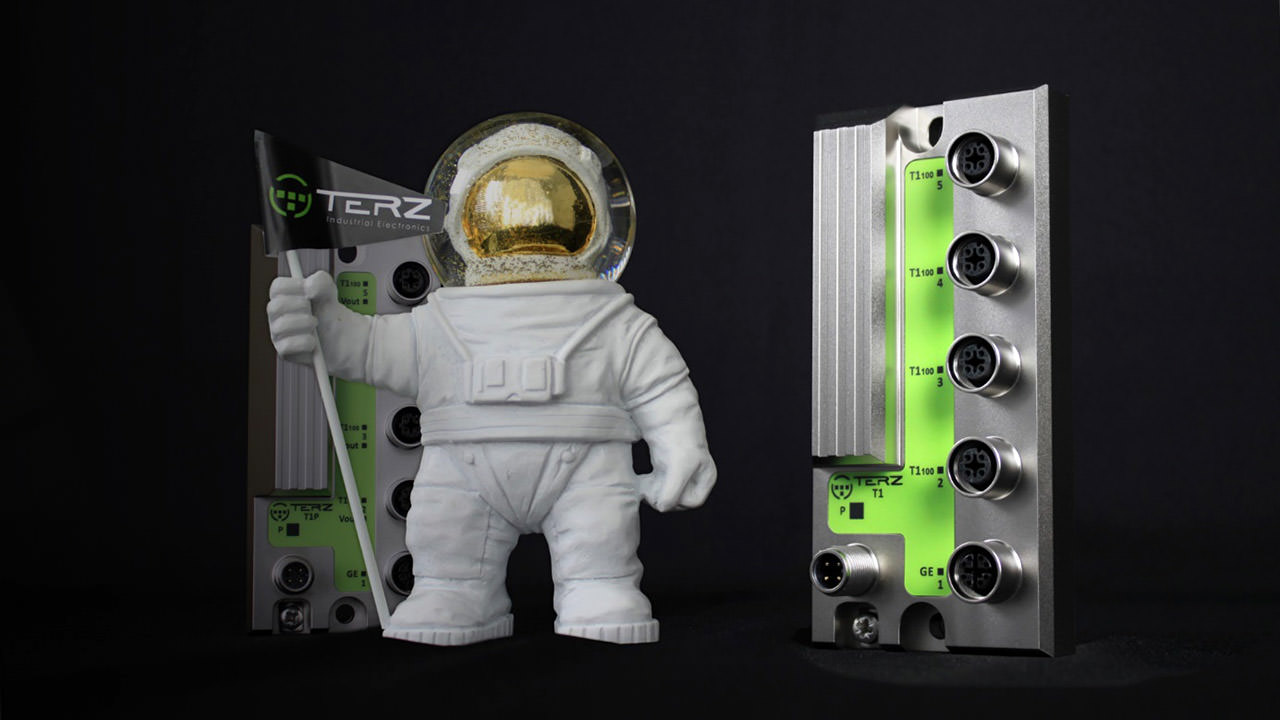 Single-pair Ethernet (SPE) is a megatrend in automation technology. Using a simple twisted-pair cable as the communication medium offer potential for cost reduction and space savings, But there is also the potential to continue use already installed bus cables to modernize and upgrade existing plants and machines by integrating functions like condition monitoring and predictive maintenance.

Ethernet networking of automation systems with all its advantages has long been established in factory automation, robotics and also in commercial vehicles. Single-pair Ethernet now adds further decisive advantages that significantly reduce investment costs, installation effort, space requirements and weight. Completely digital IP-based and transparent networking from the sensor to the cloud is now possible. But is it really that simple?

Single-pair Ethernet (SPE) is one of the trends in automation technology in the coming years. The advantages of using a simple twisted-pair cable as the communication medium offer considerable potential for cost reduction and space savings. Also the possibility to continue using already installed bus cables offers the chance to modernize and upgrade existing plants and machines to integrate functions like condition monitoring and predictive maintenance. 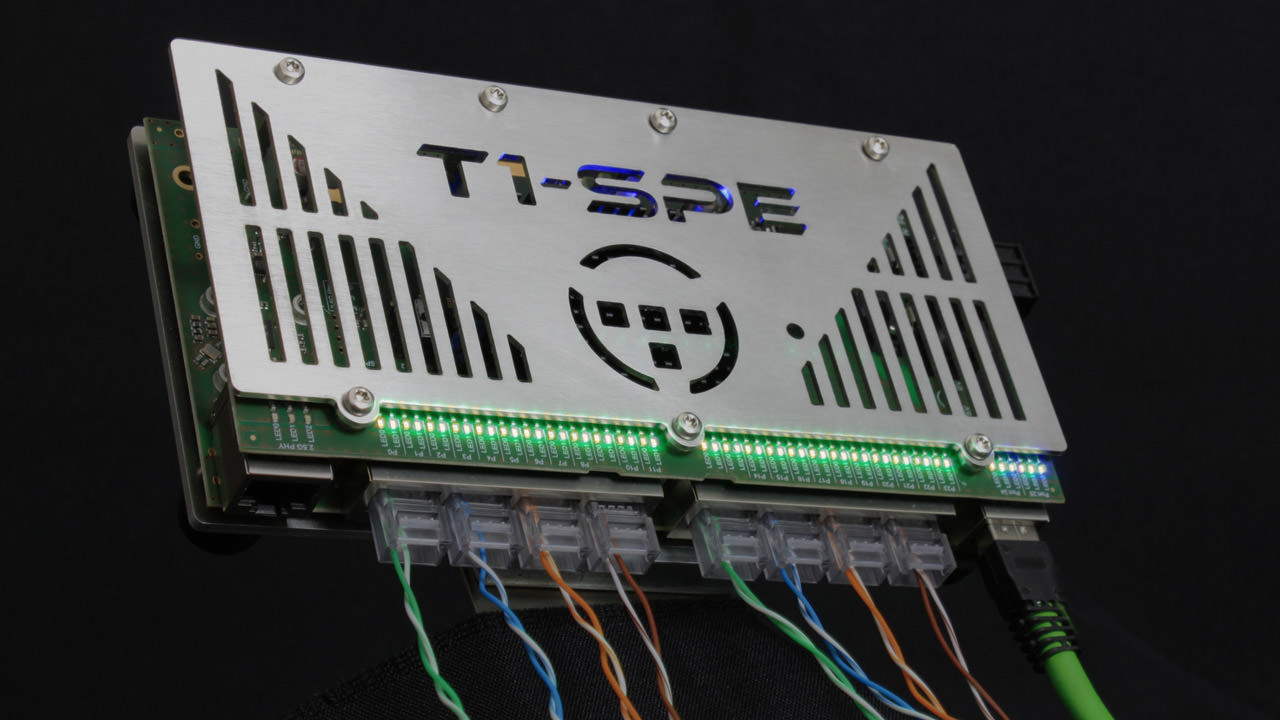 Originally developed for the automotive sector to bring Ethernet into vehicles as an on-board network, SPE or T1 Ethernet is now considered the revolution for networking sensors and actuators in industrial and building automation. In addition to reducing cabling, SPE technology offers the ability to build a fully IP-based transparent communication link from the sensor to the cloud. Proprietary bus systems and transmission technologies and the gateways they require are thus obsolete in future IIoT 4.0 applications. Thanks to full compatibility with classic Ethernet at the protocol level, hardly anything changes for the user except for the reduced cabling.
The IEEE specifies different single pair Ethernet variants. For the user, these differ mainly in the available data transmission rate and the maximum cable length. A decisive advantage that is often listed is that an unshielded 1-pair twisted pair cable is sufficient for data transmission, with which data can be transmitted over a distance of at least 15m at 100 Mbit/s (IEEE 802.3bw 100Base-T1). A simple cable offers the great advantages that it is cheaper and can be laid easily due to the smaller diameter and bending radius. 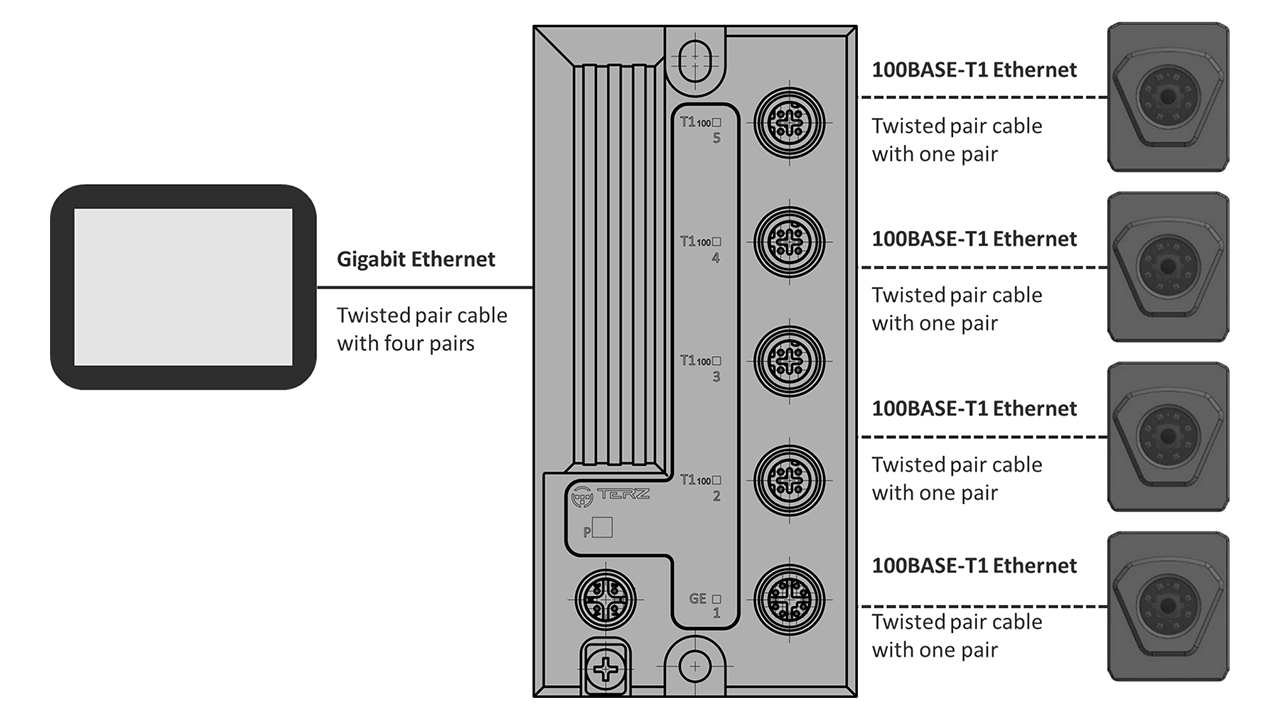 Interference on the Network

In industrial applications, however, interference factors naturally occur that can negatively affect the network and communication and have a significant impact on reliability, transmission quality and security. Especially at the connection points where connectors, cables and devices meet, the risk of interference from vibrations, dirt, moisture as well as external electromagnetic influences is high. It is precisely at this point that the applications in industry differ from those in the automotive sector. While the use of SPE as an on-board network is based on a clearly defined encapsulated system in which all components are matched to one another and electromagnetic interference plays hardly any role, the situation in industry is completely different.

With unshielded cables, external EMC influences in particular pose a potential problem. Radiated or conducted interference can cause data loss or, in the worst case, damage or destruction of components. In classic Industrial Ethernet applications, these interferences are dissipated via the shield of the 4-pair twisted pair cable.

When using SPE, it is therefore important to check in each case whether and which interferences can occur in the respective application and whether these can lead to problems. Especially when changing technology and migrating from Industrial Ethernet to Industrial Single Pair Ethernet, it is more important than ever to use robust and reliable components. SPE switches represent an integral part of every modern communication link and also with new installations the topic of decentralization and the associated requirement for a high degree of protection will play a major role.

Robust Performance in the Field

TERZ is the first manufacturer worldwide to offer the T1-XS, an unmanaged SPE/T1 Industrial Ethernet switch with IP65/67 protection. With this switch, networking without a control cabinet is possible directly in the field with only one wire pair. The new T1-XS with vibration-proof M12 connection technology on 5 ports, was specially designed and developed for use in harsh industrial environments outside the control cabinet with an extended temperature range of -40°C to +70°C. The rugged IP65/67 metal housing is dust-tight and protects against water ingress.

The IEC 63171 standard defines the connectors for SPE cables and devices. It defines both the variants for the control cabinet with a low degree of protection (IP20) and field devices with a high degree of protection (IP65/67). In contrast to the standard, standardized M12 D-coded connectors, which have established themselves in the market for Ethernet communication and are widely available, are used in current TERZ switches. This has no disadvantages for the physical data transmission. Only two of the four existing contacts are used for data transmission. In the future, there will be solutions tailored to the target markets with additional connection technologies. The data is forwarded via an X-coded M12 uplink connection at gigabit speed. The high bandwidth on the uplink port provides sufficient reserve for modern cameras and sensors of the next generation. All ports also offer the option of connecting a fully shielded cable to meet industrial EMC requirements.

SPE undoubtedly offers great potential for shaping the communication landscape in automation technology in the coming years. The aspect of replacing existing standard Industrial Ethernet applications is much less decisive than opening up completely new fields of application, such as conquering the field level. Which requirements outside the IEEE will come to fruition will be decided in the coming months. However, the first applications can already be realized with the components available on the market today.