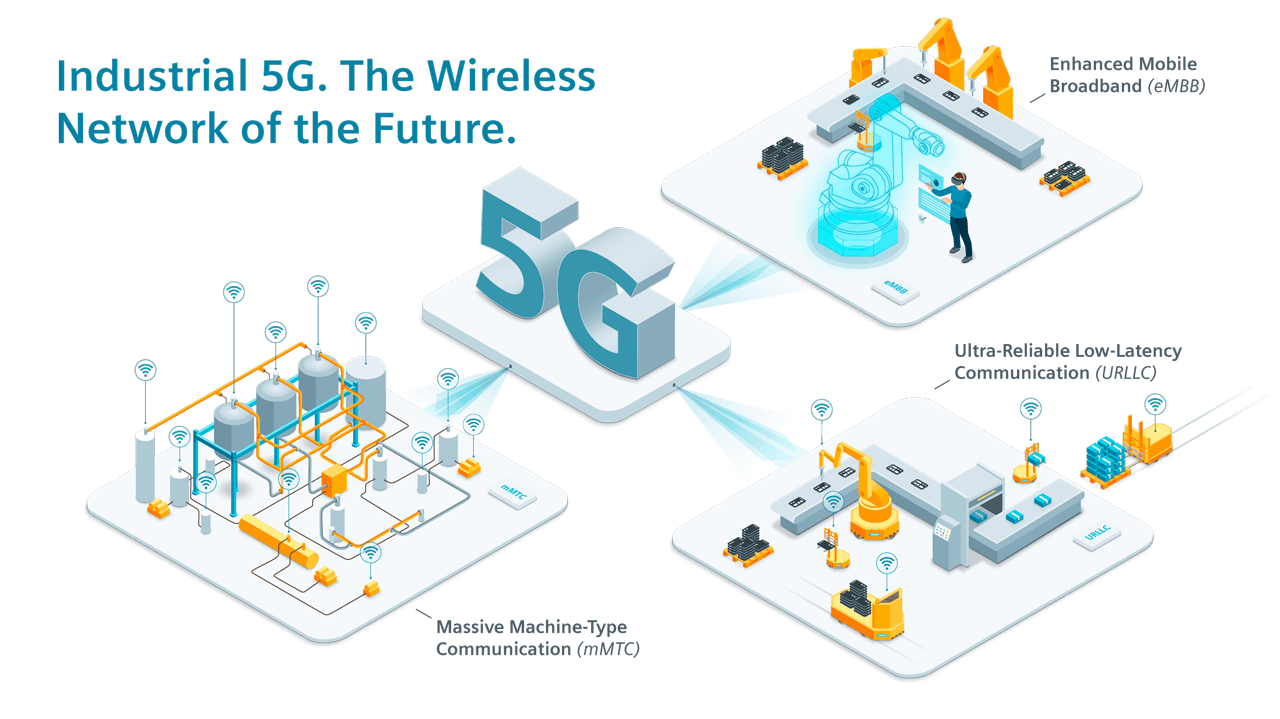 Data communication in networks can be illustrated like the synchronization between ants in a colony. Whether small, simple or large and complex structures – only a reliable and structured collaboration of all units ensures the preservation of the respective colony. However, the more complex the linkages, the more important are the mechanisms that are available in order for the ant collective to function reliably.

Industrial networks utilize globally defined standards for this, whereby only now protocols are specified that guarantee real-time capability even with complex structures. Time Sensitive networking (TSN) technology, together with OPC UA PubSub, forms the basis of innovative and future-proof communication, which promises lots more thanks to 5G communications technology.

Seen from the outside, an ant colony appears quite unstructured. The collaboration of many ants, which seem to organize a wide variety of activities in an uncoordinated manner, is not really comprehensible to us humans. And yet, over time, a small hill becomes a big mountain. Each ant in the collective knows its place and task in the “network” to maintain and enlarge the colony.

Like an ant, communication data fulfills a specific purpose and must be sent by the sender to the recipient. This must work reliably even as networks become larger and more complex. Like an ant hill, information is distributed both horizontally and vertically in a network.

High-performance communication structures are therefore indispensable as more and more intelligent individual components exchange data with each other. The performance of a network is also key to the amount of data that can be transported. The network components used must therefore also meet these requirements, and this across all network structures all the way to the cloud.

As part of digitalization, the network plays an essential role particularly in industry. The so-called industrial backbone is the backbone of an end-to-end digital infrastructure. And it is the deciding factor that transforms a plant into a smart plant, turns things into the industrial Internet of Things, and makes digital connectivity possible with an intelligent network. 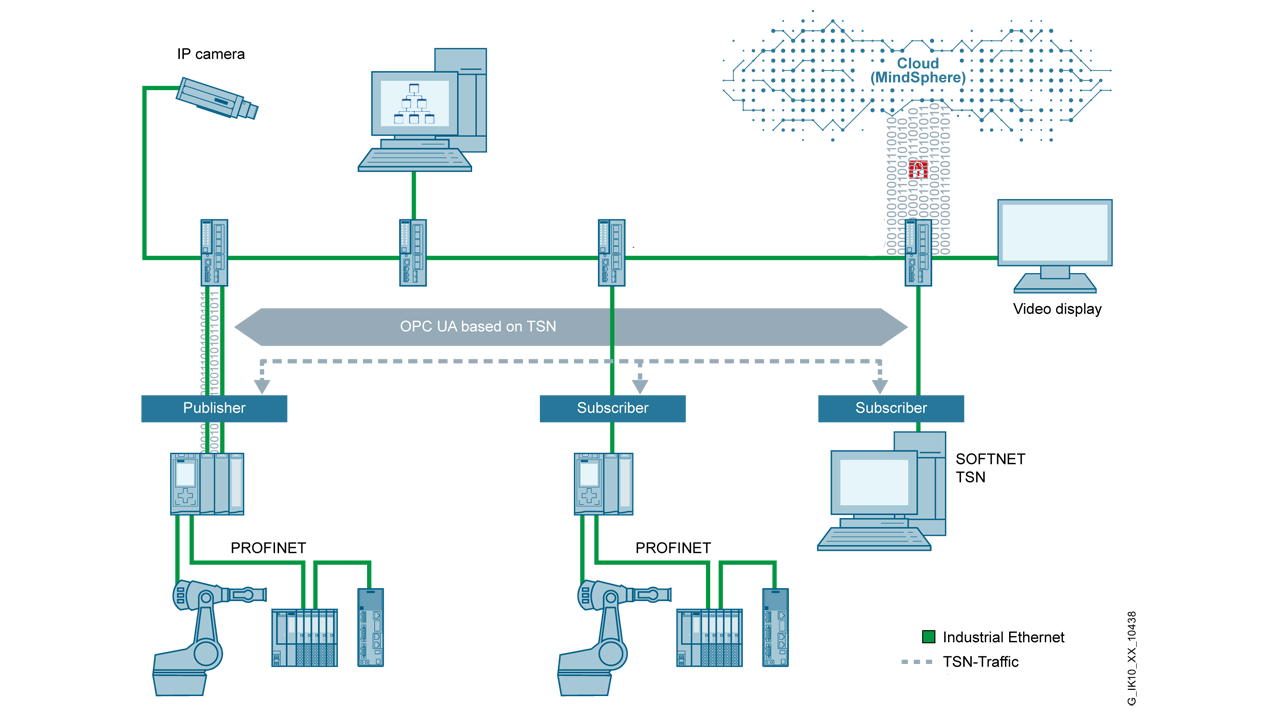 While confidentiality and integrity are paramount in traditional corporate networks, functions such as real-time capability play a decisive role in industry alongside protection for people and the environment. Just like ants respond to unforeseen events at lightning speed, data also needs to reach its destination in a predictable time for the rapid triggering of actions.

New technologies such as Time-Sensitive Networking (TSN) will enable this in the future based on international standards. TSN is the further development of Ethernet incorporating standardized real-time mechanisms and, in conjunction with Gigabit switches, enabling the deterministic data exchange via extended Quality of Service mechanisms (e.g. bandwidth reservation with predictable latencies) as well as time synchronization and seamless redundancy.

With TSN, multiple real-time protocols in parallel and large amounts of data can be transmitted without collision. TSN, specified in IEEE 802.1 by the Institute of Electrical and Electronics Engineers, consists of several IEEE standards that extend the scope of the Ethernet standard.

Depending on the industry sector and area of application, different individual standards are needed. While in motor vehicles IEEE 802.1DG is used for the internal communication between the individual components, the real-time-capable transmission of audio/video data is important, for example, in public transportation. This is made possible by the IEEE 802.1BA standard, among others.

In industrial networks, real-time-capable communication has priority and here, a number of new sub-standards have been added to the IEEE 802.1Q standard. But to explain all of them here would result in too much detail.

If you are interested, all current Time Sensitive Networking sub-standards of the specification can be found at this website: https://1.ieee802.org. 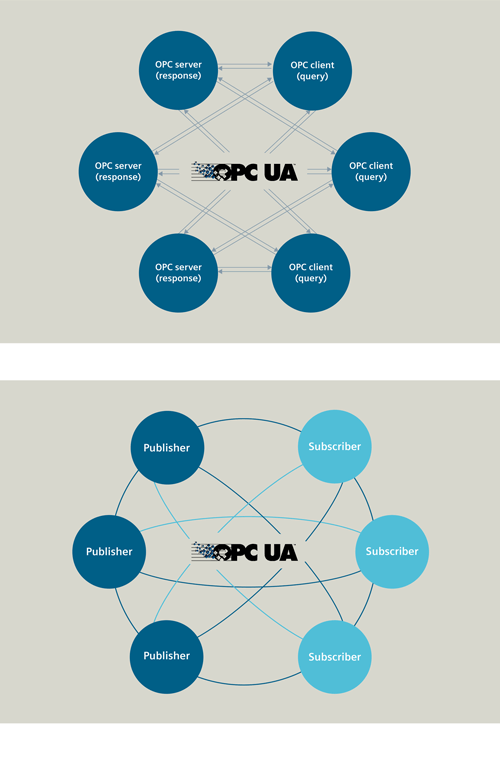 In the following, we limit ourselves to IEEE 802.1Qcc, which describes the stream reservation with TSN. Using the example of the ant colony, this can be clearly illustrated: Here, many workers must simultaneously transport building material, food, and more within the ant hill, without obstructing each other and thus losing valuable time in building up the colony. With regard to the industrial network and the data transmitted therein, this is accomplished with TSN transporting multiple – now also real-time capable – protocols on different paths (so-called streams), but on one and the same line, in parallel without collision. This enables real-time capability in the medium, which however only provides an advantage for the communication if the transport protocol is real-time capable as well.

In the standardization committees of the IEEE, IEC, and OPC Foundation, of which Siemens is a member, OPC UA in general was initially agreed on for the automation starting from the control level. OPC UA was specified a few years ago by the OPC Foundation and combines the OPC protocols OPC DA, OPC HDA, and OPC A/E existing at the time. Among other things, OPC UA is used for exchanging data between devices from different manufacturers and in the vertical communication.

This protocol (often provided with the affix Client/Server) utilizes TCP/IP mechanisms, but with the major disadvantage that TCP/IP is not real-time capable. Therefore, another protocol was introduced with OPC UA PubSub that compensates for this disadvantage. At the field level, too, PROFIBUS & PROFINET International (PI) has recently specified V2.4 PROFINET as a real-time-capable protocol in combination with TSN. However, it will take years before products and an entire ecosystem based on PROFINET over TSN will be available for the field level.

One of these applications with TSN and OPC UA PubSub is reflected in the real-time-capable machine-machine communication, as already demonstrated by a demo application from Siemens. A TSN talker and several TSN listeners (e.g. SIMATIC controller with communication processors) establish a connection to the associated TSN bridges (e.g. SCALANCE X switches) via standardized IEEE protocols.

The TSN talker sends a request (advertise) to the connected TSN bridge and receives a confirmation (ready) from it after connection establishment. The same process is repeated for each connected TSN listener.

If the connection of all TSN subscribers has been successfully established, a predefined stream will be set up with a timestamp over IEEE 1588v2 between talker, in-line TSN bridges, and listeners. The TSN network has thus been created. So that a deterministic exchange of productive data between TSN talker and listeners can take place, OPC UA PubSub is used.

Through it, the TSN talker continuously sends data (publisher) in the predefined stream, which is received by the TSN listeners (subscribers). The result visible to the observer: The end devices (e.g. robots) connected to the TSN talkers and listeners exhibit a mutually synchronized behavior.

The synchronization remains even if the network becomes loaded. To prove that, a load generator is switched in the demo application that “floods” the network with a large amount of data. All communication in the network except for TSN talker and listener experiences a downtime. In the demo application, this becomes apparent through the connected camera, whose video stream no longer arrives on a monitor connected to the TSN network; ultimately, the monitor image “freezes”.

However, as the data exchange of TSN talker and listener takes place over the predefined stream, this communication is unaffected by the extra load.

A real-time-capable productive data exchange is therefore a given at any time – even under unfavorable constellations. In order to be in control of the network at all times and to be able to respond to undesirable effects early on, the TSN network is also monitored via a network management software.

The realization of a real-time-capable machine-machine communication is not new and could already be executed with Industrial Ethernet mechanisms such as PROFINET with IRT functionality. But only Ethernet with TSN now makes it possible to provide real-time capability on the basis of globally accepted technology. And this acceptance is the reason why other technologies can now take part in the advantages of TSN.

One of them is the new 5G mobile communications standard, which enables the secure and reliable implementation of future-proof industrial applications. In addition to full-area coverage and high data rates, ultra-short latencies also play a crucial role in the realization of applications such as mobile robots in manufacturing, autonomous vehicles in the transport and logistics sector, and virtual reality operations. So, what could be better than combining TSN and 5G – TSN for real-time wired, and 5G for real-time wireless networks.

he future sounds promising, and we can all go on a journey to discover new concepts and fields of application – like flying ants swarming to establish new colonies.