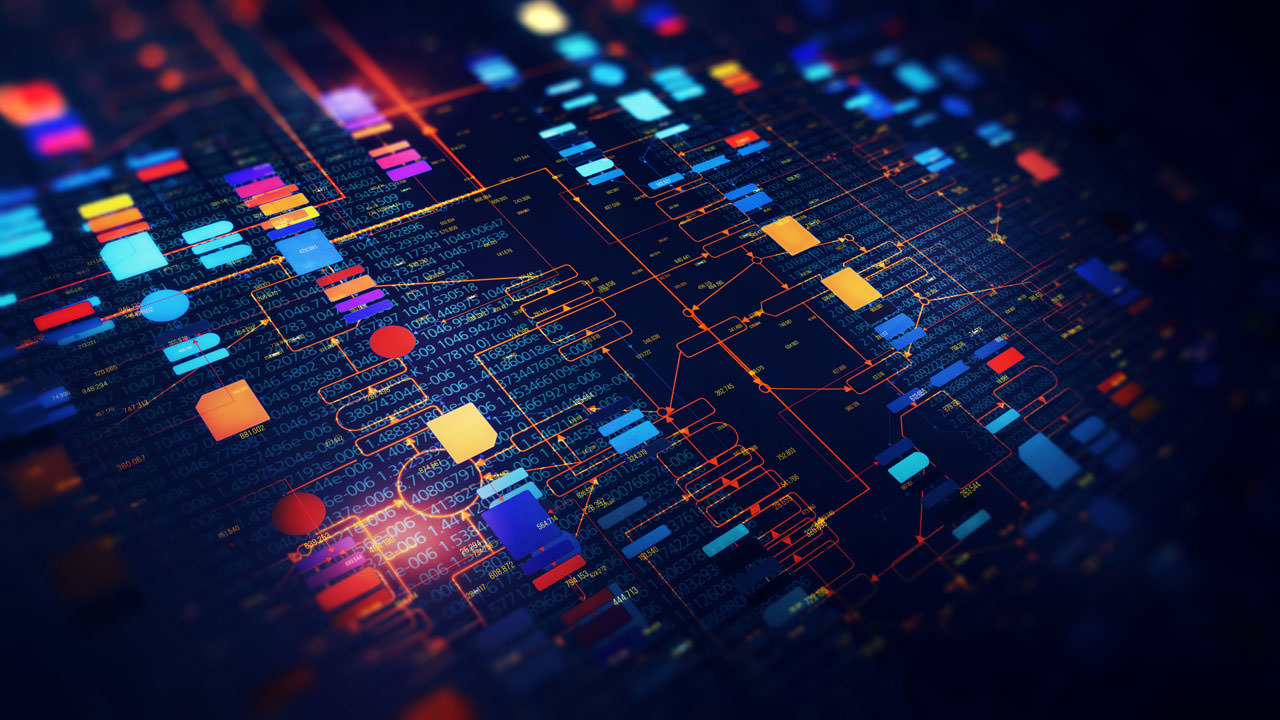 Ethernet Frame Preemption is a new extension to Ethernet. Part of TSN, it guarantees a constant cycle time for (industrial) applications. Why this extension is necessary, and the way it works is described in the first of this two part article.

In order to fulfil the needs of a control application, i.e. for a machine, robot, CNC-machine, or any other application requiring real-time processing, all components of such a system must work in a predictable manner. This also holds for any network used: messages must be delivered in time (or at least: not too late). But when Ethernet is used, there is no guarantee that this will happen. Traditionally, the “solution” is to keep the load on the network as low as possible; some vendors recommend to not go higher than 3%.

The problem with Ethernet is that it allows any device to send messages at any moment. Sometimes this is just too much for the network to handle. Messages are then queued in a “FIFO” manner: first-in, first-out. A message with high urgency can then be delayed by messages in front it, which just happened to arrive a little bit earlier. You recognize this probably: the same happens on the highway during rush-hours. 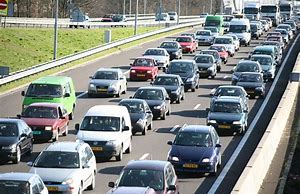 Figure 1: Ethernet and the highway have the same usage model, which sometimes leads to unpredictable delays.

In some industrial Ethernet protocols, like EtherCAT and Profinet, solutions have been invented to guarantee predictable behavior. But these are always protocol-specific solutions, and not standard available on Ethernet. A more generic solution has been developed as part of the “TSN”(Time Sensitive Networking) extensions, according to the (new) IEEE standards IEEE 802.3br and IEEE 802.1Qbu, popularly known as “Frame Preemption”.

Below, we will first describe the basics of frame preemption, followed by a more detailed explanation about the internals.

In industrial networks, it is very often seen that the application software runs in a cycle; the same code is executed again and again. The cycle times are usually in the order of milliseconds, but this can also be in the microsecond range for the applications with the highest demands regarding handling of events, accuracy, or output.

Figure 2: Real-time applications continuously execute the same cycle, both in software as on the network they use. 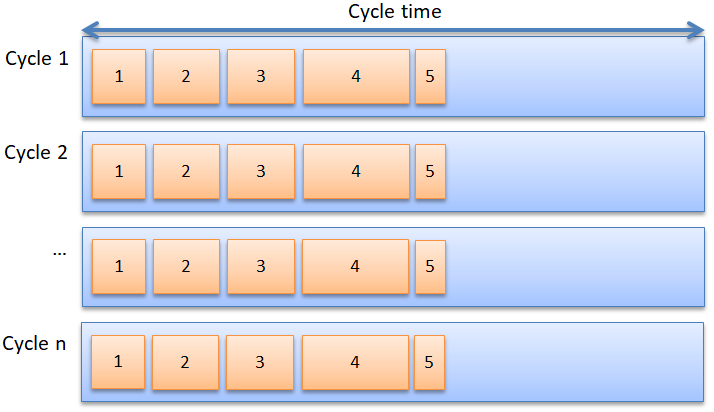 So, we can calculate in advance how much time is needed for the network communication. Confusingly, this is also called “cycle time”. Ideally, this network cycle time is shorter than the cycle time for the software, so it is not delayed by the network.

Most existing industrial networks, both of the 1st generation (i.e., Profibus, Interbus, CAN, DeviceNet) and of the 2nd generation (Profinet, EtherCAT, etc.) function this way.

Apart from the cyclic communication done on a network there is often a need for acyclic network messages. These are messages that come at (for the network) unexpected moments, for example due to the operator giving special commands (“Stop!”), because an error occurs somewhere, because diagnostic data is retrieved, because data must be downloaded, a webpage being read from a devices server, or any sort of communication over the network (even network managers starting a backup on a production network L). There must be some room for extra messages (figure 4) – not too much, otherwise the network cycle becomes too long and the application software must wait.

Figure 4: Two network cycles, each showing the same number of cyclic messages with the same amount of data. In both cycles one acyclic message (A1, A2) is sent, with different data.

In any case, if there is too much acyclic traffic to fit in a cycle, the next cycle will suffer – its cyclic data is transmitted too late (figure 5). They must wait for message A3 to be finished (FIFO).

Figure 5: A too long acyclic message exceeds the time allotted to cycle 1. The cyclic messages in cycle 2 are transmitted too late.

What happens next depends on the application software. Did it miss important signals? Is equipment going to be damaged? Is production delayed? Can people get hurt?

To prevent that too long or too many acyclic messages extend the cycle time, the “guard band” is used. It is a (configurable) period of time at the end of each cycle. Transmission of a network message may only start when it is guaranteed that it finishes in the guard band (= before the end of the cycle).

The next cycle can thus always start at the expected moment. If there are network messages that could not be transmitted in the previous cycle, they can now be transmitted (time allowing).

Figure 6: A message may only be transmitted if it finishes in the guard band. A4 complies to this rule, but A5 may not be transmitted.

Figure 6 (top) shows the transmission of only one acyclic message A4. But there is still time left in the guard band, so more messages may follow (if there are any). If there are none, the time is still wasted. So the network manager will tend to make the guard band as short as possible, but this may give a problem: too long messages (A5) cannot be transmitted anymore, they never fit! (figure 6 bottom). This is especially troublesome in protocols where the application / user has no control over the size of network messages, such as in TCP/IP.

So the guard band solves one problem, but there is still one to go: how to handle very long messages. It is this issue which “frame preemption” is going to solve for us. Its functionality is specified in IEEE 802.3br. The document can be requested from the IEEE for free. With a size of only 58 pages it is not too large, but you must know something about Ethernet in order to understand it well. The interesting part about the functional way-of-working start at page 38 in section 99.3 (which we will discuss below).

Before we continue with the detailed explanation of the inner working of Ethernet frame preemption, we must first agree on the terminology. The real-time messages that are sent first in a cycle are called the “Express” messages. They are never subject to preemption. All other messages (called acyclic above), are called “Normal” messages. If they do not fit in the guard band, they are subject to preemption.

This (for Ethernet) new technique solves the problem of a too long network message which doesn’t fit in a cycle. Simply explained, it does the following:

In Ethernet terminology, the preempted message is sent in multiple (>= 2) fragments. At the receiver, the fragments are assembled again to re-create (a copy of) the original network message. 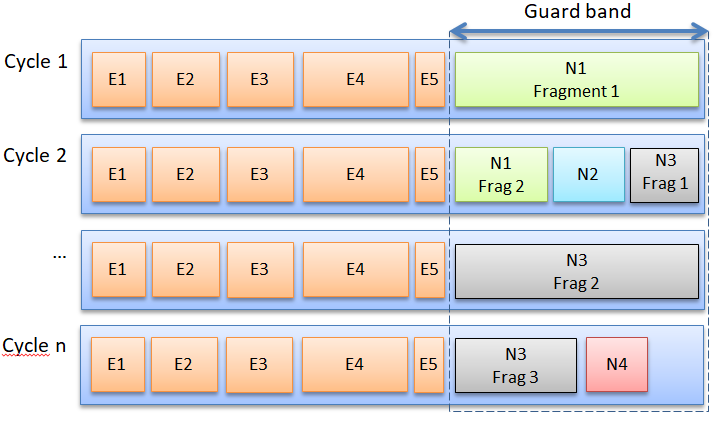 Figure 7: A too long message N1 is transmitted in fragments over multiple cycles. As long as there is time in the guard band, additional messages may be sent too (N2, N3, N4). If they don’t fit they are fragmented too, etc.

For the receiving software, the fragmentation of messages is completely invisible. N1 is passed on to higher protocol levels only when the second fragment is completely received; identically so for message N3 after reception of the third fragment. So, for higher protocol levels it looks like any other Ethernet message. That the total transmission time is a little bit longer is unnoticeable; the message could as well have been sent a little later.

What happens when the data in a fragment is corrupted while in-transit? The receiver detects this with a CRC which is appended to each fragment. Corrupted fragments are summarily discarded, just as any normal Ethernet message with corrupted data. But discarding a fragment means that (even when all other fragments are received without errors) the original Ethernet message cannot be re-created, so the message is completely lost.

The frame preemption algorithm does not perform any error recovery, unlike TCP/IP which can detect missing fragments in a data stream. But that is at a higher protocol level, which has more intelligence, RAM and CPU power. Adding such a capability to a frame preemption implementation would unnecessarily make it more complex, error-prone and slow.

So the frame preemption algorithm just follows the “I’ve tried it and it didn’t work out; so now it’s your problem” way of working, also called “Best Effort” in Ethernet jargon. Or: let higher protocol-levels detect and handle the missing message(s).

If it so happens that the other device does support frame preemption, it will say so, and the new feature can be used. Both devices (at both ends of the cable) must ask the other, so usually both parties will use frame preemption, but it is also possible that only one device does so (however unlikely). This is not a problem for Ethernet, because it is a full-duplex technology.

Note that on a switch frame preemption usage can thus be different for each port.

Rob Hulsebos has been active in industrial networks and cybersecurity for more than 30 years.