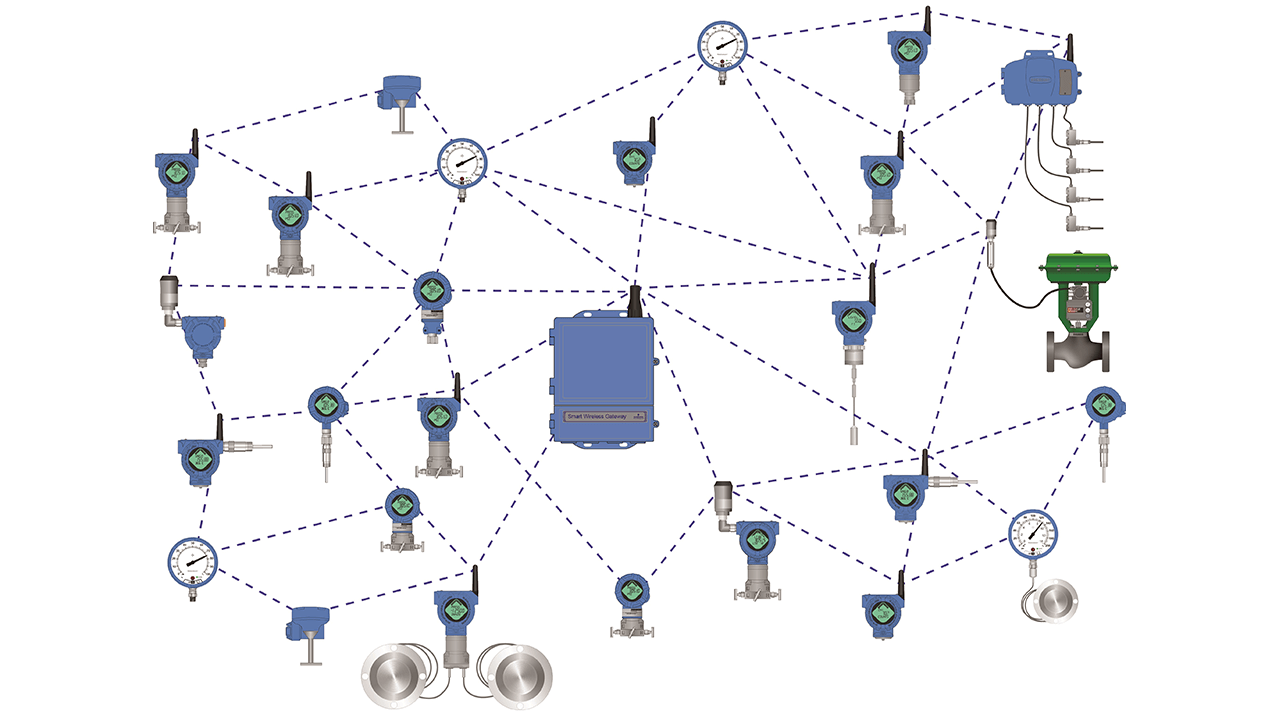 The larger wireless landscape has changed since the introduction of WirelessHART and ISA100.11a. These two standards have changed the process manufacturing landscape, but some companies are still trying to decide which protocol to adopt. What considerations should guide a facility choosing between the two today?

It’s been over a decade since the introduction of the two most comprehensive and widely adopted wireless instrumentation protocols: ISA100.11a (IEC 62734) and WirelessHART (IEC 62591). Given the tens of thousands of wireless instrumentation networks in use globally, there should be no question that these protocols work as advertised when deployed correctly with a high degree of cyber security. The question as to which protocol to choose is less clear.

Those wanting to argue the selection question on technical minutia are welcome to do so, but for purposes of this article, we will focus mainly on the issues of network topology and network management, which are the key differences in the context of how the larger industrial wireless landscape is changing.

To begin, it is important to keep in mind that ISA100.11a and WirelessHART are alike in many ways, although still incompatible:

The overall operational scope of both is very similar and, in that respect, they compete head-to-head in process manufacturing environments. Where differences emerge is in user implementation. 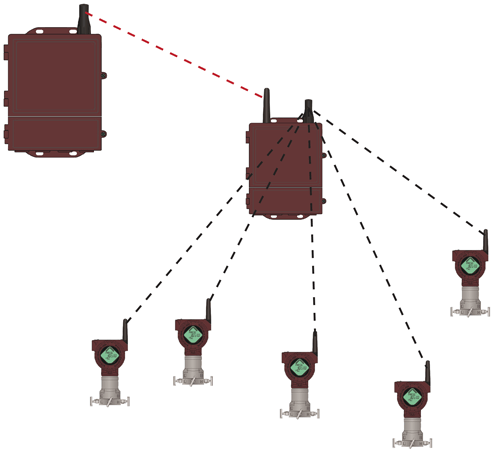 Companies implementing ISA100.11a typically use a star topology where groups of individual end devices cluster around a router which collects their data and sends it to a central gateway. Multiple routers can communicate with a single gateway. Routers are normally externally powered and can therefore have more powerful transmitters than end devices. They are helpful for gateway communications with a over longer distances and with greater bandwidth but have the potential to limit throughput into and out of a single subnet.

While this approach minimizes the need for meshing between individual end devices, there can be side effects. Due to typical ISA100.11a network topologies, communication is line-of-sight and devices need to be visible to a router. This means routers need to be mounted in relatively high locations where they can communicate with individual end devices while maintaining a clear path to the gateway.

WirelessHART takes a different approach and embraces the meshing concept, using it to create a dynamic self-organizing and self-optimizing network where end devices can communicate directly with the gateway when possible, or via hops from device to device where they are out of range. While meshing can introduce some latency, it is typically a minor consideration and does not affect the overall performance of the network. Network management software constantly monitors network traffic and adjusts meshing patterns automatically as necessary to avoid bottlenecks and transmission delays.

This is one of the biggest differences between the two networks, and while its effect is nuanced, it can still have a major effect on implementation and day-to-day use.

WirelessHART, on the other hand, is self-organizing and self-optimizing. When a new end device is added to a network, the management software automatically determines how it will communicate, without the need for any manual management or adjustment. Someone watching network traffic can see communication paths and what is talking to what, but the network management software automatically determines how devices communicate within the network.

To a prospective user 10 years ago, this must have represented a major difference. An engineer considering WirelessHART had to understand the whole concept of industrial wireless networking, and how the software was able to control network management. The idea of a self-organizing network likely sounded great, but to some the manual management of ISA100.11a may have had an appeal.

All this was going on a decade or so ago in a context where many process plants were cautiously considering wireless in a variety of ways. Maybe new users were unsure, but it didn’t take long for them to find out that WirelessHART’s self-organizing and self-optimizing capabilities worked extremely well, providing easier implementation as compared to ISA100.11a in many instances.

Watching WirelessHART network activity using software tools verified correct communications and showed how the data found its way from instrument to gateway. If there were weak areas of communication in a network, best practices with instructions were provided to evaluate antenna position and determine where an additional relay point might need to be added to provide alternate paths. With some very basic monitoring and adjustment, usually necessary only in a small number of cases, mesh networks could hum right along all by themselves. 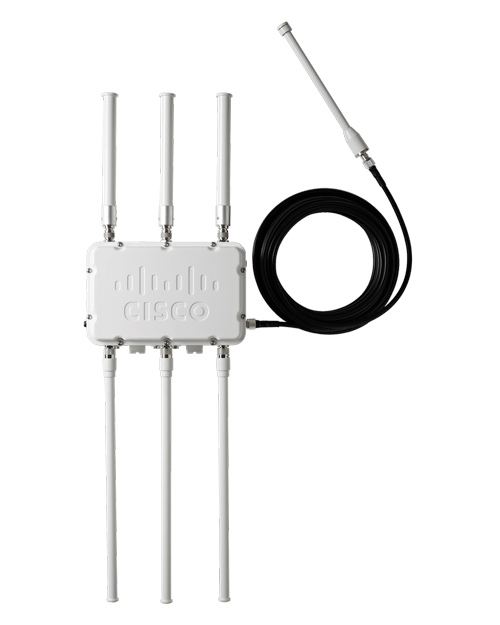 These days, we deal with self-organizing networks everywhere. Nobody has to tell their smartphone to use the best network, whether cellular or Wi-Fi, to complete a call or send a text message. It’s all automatic. This is more important than ever with industrial networks. The original designers of ISA100.11a and WirelessHART probably saw these as a mechanism to support process instruments using largely static networks. Manual management would be tolerable because network changes would be infrequent.

Such is not the case anymore. The sophistication of self-organizing network management software has improved, making it more effective than ever. At the same time, the range of natively wireless process instruments has grown, plus, whole new classes of wireless condition monitoring sensors (bearing temperature, motor vibration, acoustic transducers, etc.) have exploded onto the market. As these proliferate, the attractiveness of high-performing, self-organizing networks becomes all the more apparent. The easier it is to deploy these devices, the more they will find their way into everyday use where they can deliver improved performance and cost savings.

Not a binary choice

For someone deciding between ISA100.11a and WirelessHART today, considerations should not fixate on the past but look to the future. Whichever protocol is adopted, it is likely to be around for many years to come and it is important to project how it will fit into tomorrow’s implementations. Wireless instrumentation networks will undoubtedly become more integrated into industrial internet of things (IIoT) deployments.

For these more integrated deployments, wireless Ethernet (Wi-Fi) has become the common denominator in most plants due to its ability to support mobile workers and a host of other high-bandwidth applications. Major Wi-Fi infrastructure providers can now incorporate ISA100.11a and WirelessHART into their industrial routers, allowing all three networks to come together on the Wi-Fi backhaul. The self-managing characteristics of WirelessHART make it highly adaptable and easy to integrate in these contexts. This ability combined with its overall ease of use and broad product offering has kept WirelessHART the leader in number of networks installed.

Process plants are running on wireless networks to an increasing degree and the networks are becoming more integrated. This provides plants and facilities with more options, allowing them to choose the best solution for their applications. 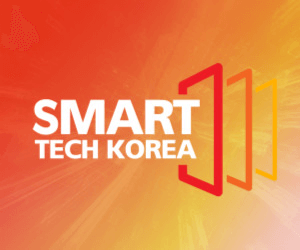 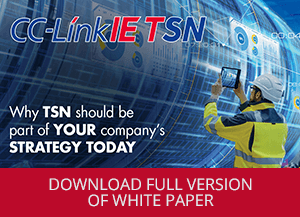